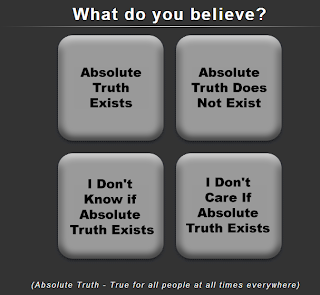 *** (Revelation 20:15) And if anyone was Not found having been written in the Book of Life; he was cast into the Lake of Fire.

*** (Romans 1:20-21-22) For the unseen things of Him [God] from the creation of the world are clearly seen, being realized by the things that are made, even His eternal power and Godhead, for them to be without excuse.
(Rom 1:21) Because, knowing God, they did not glorify Him as God, neither were thankful. But they became vain in their imaginations, and their foolish heart was darkened.
(Rom 1:22) Professing to be wise, they became Fools

There is a Discussion Board on Face Book called… “Does God Exist?” Most of the God Mockers that post there: “Are Not Honest!” They come there to Mock God, for several reasons. Would You believe that a “Sane Person”: would mock a “Pink Elephant”…? Of course NOT, because there is: “No Such Thing!” These people cannot even be HONEST with themselves! How then are they to be honest in their: Mocking God…? Did You also notice; ‘Neither’ did they Define: GOD…? They are much like the Muslim, who believes their Quran and then: “Mocks The Bible!” Islam did Not start till Circa 700 AD. The Quran ‘PLAGURIZES’… “Bible Facts!” Like the God Mockers on Face Book… they will Not be factual. Why…? How can a “Sinful Finite Human Being”… stand in Judgment of an… “INFINITE OMNICIENT HOLY GOD”…? Their open mocking of God simply covers their: “Chosen Ignorance!”

Do You have a “Vaccination” scar on your Arm? Those of us who are older, have one! We were vaccinated as Children when it was the “Standard Medical Practice”. The WHO [World Health Organization] says small pox has been [Supposedly] eradicated from the population. Yet, it is still a viable ‘Biological Weapon’. Those veterans who have served in the Persian Gulf area; received them before combat. “RELIGION” is much like that “Inoculation of dead Germs”. The human body produces “Anti–Bodies”: which builds an “Immunity” to that particular disease. So, those God Mockers have a similar experience with ONLY: A Dead Relationship with God! Religion is simply a “Series of Beliefs” about God. But many have substituted the Real God: with “Replacements!” Sports, Recreation, Vehicles and a plethora of ‘Others!’ When  You found out that the Baseball, Basketball, Football Stars were taking Hormones & Steroids: Did You call for “100% Drug testing” as in the Olympics…? Or did You just Put UP with their “Cheating”…?

“Crippled by ‘Religion’ – 101”
http://truth459.blogspot.com/2011/11/crippled-by-religion-101.html
…
The God Mockers mostly… will Not openly admit that there is: “Evil”. If they did: and were “Honest”: there must also be an admission of: “Good!” Where does that Evil come from…? Does a Child have to be “Taught to Lie, Cheat or Steal”…? Or does it come “Naturally” as part of their “Corrupt Human Nature”…? If someone should “Steal their Car” or even their “Identity & Resources”: what excuse will they make for that ‘Person?’ OR, do they then what “Legal Justice” for that Crime…? Each legal code is built upon a “Moral Code” From the ‘Law of Hammurabi’ through ‘English Law’ even to ‘American Law’: the God Mocker still wants: “Justice”…! How can one say there is No God: when all Justice comes from Him…?

“None good but ‘One’ [God] -101” …Blog.
http://truth459.blogspot.com/2012/06/none-good-but-one-god-101-blog.html
…
Being previously “Contaminated by Religion”… they will Not, be “Honest about God”. They are basing their “Bias ‘Against’ God”: on their “Bad Experiences” with: Religious People! A lot of this “Contamination” comes from the way they were “Raised or Not Raised!” I was born into a Catholic Family and “Contaminated by Catholic School & Church” [Brainwashing]. It was not till my early 30’s: that I went looking for God. Any “Honest Mature Adult” quickly realizes that… “Much has to be Unlearned!” Then I held to the Complete Authority of Holy Word of GOD! And I quickly realized that “The Bible”, is more than just Writing! IF You will only be HONEST: You soon will change your mind! The key here is Honesty! Remember You as a “Finite Sinful Human Being” are by your “Words & Actions”… are sitting Judge: over an “INFINITE OMNISCENT HOLY GOD”…! How can that ‘Be’…?

*** (Proverbs 30:4) Who has gone up to Heaven and has come down? Who has gathered the wind in His fists? Who has bound the waters in His garments? Who has established all the ends of the earth? What is His name, and what is His Son's name? Surely you know.

“Who is = The Word – 101?”…Blog.
http://truth459.blogspot.com/2010/08/who-is-word-101blog.html
…
Most Christian denominations… hold solely to their “Denominational Teachings”. They falsely say they believe the Bible: but then get “Angry with Anyone”: who challenges Church teaching. IF one says they are Christian: and Not Born Again by the Holy Spirit of GOD: they are NOT: a True Biblical Christian. Remember the Elections some few months ago. Romney claimed to be a Christian: yet Mormon teaching goes “Against the Bible!” Christ Jesus was NOT the Brother of Lucifer [Satan] as they Falsely Claim! Water Baptism does Not bring about Eternal Salvation and the list goes on & on! Can the God Mocker be Honest… and say IF there are so many False Christians… there are ALSO: “Real Christians”…? Who would counterfeit a “$3 Three dollar Bill?” No one, because that is NOT a Valid currency!

*** (2Peter 3:15-16) And think of the long-suffering of our Lord as salvation as our beloved brother Paul also has written to you according to the wisdom given to him
(2Pet 3:16) as also in all his letters, = speaking in them of these things; = in which are some things hard to be understood, = which the unlearned and unstable = Pervert, = as also they Do the rest of the = SCRIPTURES, = to their own destruction [Damnation].

A Christian writes a Catholic – 101 Blog [1/6]
http://truth459.blogspot.com/2010/08/christian-writes-catholic-101blog.html
...
The Facts are, that Christ Jesus was… the Perfect God Man: came as our Passover Lamb of God. He paid for all OUR: SIN/SINS…! That is a Conditional Belief on Him: “John 7:38-39” is according to His Holy Word. And NOT, what some Church or Denomination teaches. You do have a “Free Will” and your eternal destiny is based on that choice. Oh yes, Satan has Blinded All those WHO: continue to Reject God! That ‘contradiction’ against God… come from both “Within & Without!” Please tell me You DO: “Realize & Understand” that You are being “Duped by Satan”…?

*** (2Corinthains 4:3) So if our gospel is veiled; it is veiled to those who are dying.
(2Cor 4:4) In their case, the god of this world [Satan]; has blinded the minds of those who do not believe: to keep them from seeing the light of the glorious gospel of Christ; Who is the image of God.