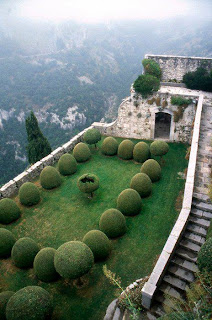 *** (Revelation 11:3-4-5) And I will give power to My two witnesses, and they will prophesy a thousand, two hundred and sixty days, clothed in sackcloth.
(Rev 11:4) These are the two olive trees and the two lampstands standing before the God of the earth.
(Rev 11:5) And if anyone will hurt them, fire proceeds out of their mouth and devours their enemies. And if anyone will hurt them, so it is right for him to be killed.

*** (Acts 17:5)  But the Jews became jealous, and they took some contemptible characters who used to hang out in the public square, formed a mob, and started a riot in the city. They attacked Jason's home and searched it for Paul and Silas in order to bring them out to the people.

*** (Jude 1:11-12) How terrible it will be for them! For they followed the path of Cain, rushed headlong into Balaam's error to make a profit, and destroyed themselves in Korah's rebellion.
(Jude 1:12) These people are stains on your love feasts. They feast with you without any sense of awe. They are shepherds who care only for themselves. They are waterless clouds blown about by the winds. They are autumn trees that are fruitless, twice dead, and uprooted.

Did You ever wonder… why Christ Jesus did NOT heal the Blind man: Immediately? Why did He make TWO moves on him: to heal him…? If You did; then did You ‘Look” for an answer in Scripture? Or did You just pass over it…? That is the difference in: “Knowing About” the Bible and “Knowing the Bible & its Principles of Life”…! The casual reader will ‘Not’ stop and pray about what a verse means: OR how to apply it to “One’s Life”…? I believe that is the “Difference” in: “Who is His” & “Who is NOT!” So is the Example of the: “Men As Trees”. The first look was superficial and without question. Here the LORD is giving us an example of the “Word Pictures” that are ‘Replete’: throughout “All” the Scriptures! Some word pictures are given to us in Anthropomorphic terms. Do You know what that term means…? “Ascribing human form or attributes to a being or thing not human, especially to a deity.” How does that apply to the Scriptures…?

*** (Ezekiel 14:6-to-10) Therefore say to the house of Israel, So says the Lord Jehovah: Repent and turn [Proverbs 28:13] away from your idols, and turn away your faces from all your abominations.
(Eze 14:7) For every one of the house of Israel, or of the stranger who lives in Israel, who separates himself from Me [God]: and sets up his idols in his heart, and puts the stumbling-block of his iniquity before his face, and comes to a [false] prophet to ask of him concerning Me; I the LORD Jehovah will answer him Myself.
(Eze 14:8) And I will set My face against that man, and I will make him desolate for a “SIGN” and for “PROVERBS.” And I will cut him off from the midst of My people; and you shall know that I am Jehovah.
(Eze 14:9) And the [false] prophet, if he is deceived, and he speaks a word, I the LORD Jehovah have: deceived that prophet. And I will stretch out My hand on him and will destroy him in the midst of My people Israel.
(Eze 14:10) And they shall bear their iniquity. As the iniquity of the inquirer, so the iniquity of the prophet shall be.

*** (2Peter 2:1-2) But there were also false prophets among the people, even as there will be false teachers among you, who secretly will bring in destructive heresies, even denying the Master who bought them, bringing on themselves swift destruction.
(2Pet 2:2) And -> Many <- b=""> will follow their pernicious ways; and because of them the way of Truth: will be evil spoken of.

Those TWO Examples of Men… men a trees & men as men: mirror those who are His and those who are NOT…! Just like today here in America and throughout the World. There are “Many ‘False’ Christians”…! The TEST is simply the: “Complete Authority of the Holy Word of GOD”… in the lives of those calling themselves, “Christian?” No Real Born Again Christian… fears the Holy Word of God”…! Those who are NOT His… will simply “Argue” with You about it. Please allow me to ask You a Question? What will “HE”, Christ Jesus USE: when we all stand before HIM: “Christ Jesus at His Judgment Seat”…? He will use “ONLY” His Holy Word…! “Nothing MOR: Nothing LESS”…! IF: You do not “Completely HOLD” to His Holy Word… THEN: “Something is Wrong”…? It is the ONLY AUTHORITY! Church teaching will be “Null & Void”…!

*** (2Corinthains 13:5) examine yourselves; whether you are in the faith; prove your own selves. Do you Not know your own selves; that Jesus Christ is in you [Romans 8:9]; unless you are reprobates?

IF You believe Everything by your… Pastor, Church or Favorite Speaker… without checking the Holy Word of GOD… THEN: You may be “Easily Deceived”…! Remember ‘Many’ say the ‘Words’: “I Love Jesus”, without truly believing them: in their Hearts! How else could American Christians, some 85+%: “Continue to be ‘SILENT’ about Abortion”…? … American’s buy Over FOUR $ Trillion dollars in Illegal Drugs Including MARIJUANA! American Mothers have MURDERED Over “55,000,000 Million” “INNOCENT” Babies by Abortion. American is the World's Largest EXPORTER of PORN & Abortion Technology! Americans Produce & Export PORNOGRAPHY to the Entire World…! How can God bless America…? Or are You just part of those ‘Pseudo American Christians’… who will NOT: Defend the Truth of His Holy Word: “The Bible”…? Say it isn’t So…?

*** (Acts 17:11) And these were more noble = than those of Thessalonica, = in that they received = the Word = with all readiness of mind and searched the Scriptures = “DAILY” = to see if those things were so [or Not].

*** (Matthew 5:13) You are the salt of the world. But if the salt should lose its taste; how can it be made salty again? It's good for Nothing but to be thrown out and trampled on by people.

*** (2Timothy 3:5-6-7) They will hold to an outward form of godliness but deny its power. Stay away from such people.
(2Ti 3:6) For some of these men [Trolls] go into homes and deceive Foolish women who are burdened with sins and swayed by all kinds of desires.
(2Ti 3:7) These WOMEN are always studying -> but are NEVER able to arrive at a Full Knowledge of the Truth. [John 17:17]