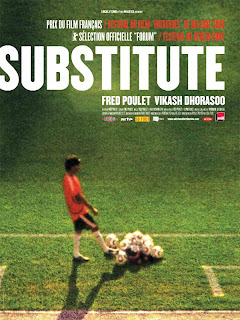 Recently I have been reading… on my Face Book site “MANY” who have joined some ‘Religious’ based groups. I go to those sited and read what is on their discussion boards. Much of it… is not worth reading. Why would one… join a group that has… “SUBSTITUTED”… their opinion for… the Word of God? About now, someone is saying to me… “But what about Your Blogs”...? You have over 150 of them on a variety of Bible subjects…? I ‘never’ substitute my opinion for the Word of God. [1Thessalonians 5:21 & Ephesians 5:10]


If you have read… any of my Blogs, you will see that I always point ‘one’… back to… the Word of God, the Bible, as the “Final Authority”, for those that are “True” Christians. I ‘always’ hold the Word of God, as the “Only Authority” of those that are really His! I point the reader… ‘not’ to my personal opinion… but to what God has already said… in “His Word”. If you do not believe me… please just go and read any of my Blogs. Yes, I know that there are some Recipes there for Chicken, Soup & Fried. And there is one on travel to London, where I preached at Speakers Corner, Hyde Park.

Many times people… seek ‘validation’, from other people and even being aligned with some other groups. Many of the FB sites are like this. I have even seen one ‘Bible Group’… bragging about the “number of members” it had. Surely this is ‘not’… what Christ Jesus had in mind. Many do not know the Bible… because they do not take the time and effort to… “Read and Study The Word!” It comes as simple discipline [1Corinthians 9:27] and a hunger to know God… which can only be done, by knowing His Word… “1Samuel 3:21”…!


About now someone… is about to tell me that Christ Jesus gave to the Church… teachers and preachers… in His Word. Yes, “Ephesians 4:11-to-13” is there, but “YOU” alone, are responsible to Christ for their… “TEACHING”…! When you read a post on FB or even hear some teaching in Church, or on a Video or on the Radio… do you… ‘automatically believe’… what you are taught? Or do you simply… ‘Obey the Scriptures’ and what these verse say… as the early Christians did…?


Wow…! Am I telling you… that there are More False Preachers & Teachers… than the Real Ones? Perhaps you can answer your own question. Do you know the Bible and the Scriptures well enough… To Know if you are being told some “False Teaching?” Another thing, are there enough Real Christians… to speak out… about the “55,000,000-million Innocent Babies KILLED”… in their mother’s womb… by Abortion? IF Christians really “Believed and Lived”… the Bible… would we stand by and ‘not’ say something? They ‘often’ speak out about… the economy or that America is losing its Constitutional framework! They ‘often’ speak out about the European Socialism that is replacing our American way of Life. But hardly ever about the… “Murdered Innocent Babies!”

Did you know that ‘those’ verses… were even in the Bible. Those that do not know the Truth of the Bible for themselves… often follow others… to validate their own beliefs… either ‘right or wrong!’ As Old Testament Israel left off from the Word of God… to too American Christians… have done the same. Say it isn’t so…? Perhaps it is time for you to change your outlook and replace it with… “The Scriptures”…? God, the God of the Bible, surely will hold you accountable for your own beliefs… to His Word… “John 12:44-to-50!”

Those that 'do not'… want the “Truth”… will be fed with ‘Lies!’ American Christians have so… ‘Graced Away Sin/Sins’… that they will “NOT” address teaching…. with the Truth of the Word of God. Instead they… “Substitute”… ‘lies and half truths’… for the Word of God. They will often listen to… “Pleasantries about God”… without know what God says for Himself. One FB site even call’s itself, ‘What God wants you to know!’ They seldom ‘use’ the Word of God, if ever… and replace it with saying ‘About God’… instead of what God has said in His Word. Never will you see or hear, “Thus says God or It is written”…!

About now someone is saying… “You are Judging me!” I neither “Accuse nor Excuse” your choice, I simply ask you, “Who do you Believe”…? IF God, the God of the Bible… then Believe ONLY HIM! Do not “Substitute” what others, yes myself included… for what God says in His Word. Recently I have run across a group… that has the ‘mystic mentality’. It goes something like this, “I am a Christian and if something is wrong, God will show me!” Suppose one hardly ever… “Reads & Studies”… the Word of God? How then is God… ‘Suppose to show them’… when they are Wrong? God has given us… ‘Free Will”… and He will not force “His Word” upon us.

For those that teach… that the Christian can be ‘sinless’… in this life, the above verses negate that false teaching. Only “Christ Jesus”… was the ‘only’ sinless one… and that is how He became our Passover Sacrifice [1Corinthians 5:7]. Perhaps now, at the end of this year… is the time that you begin again… to know God, through His Word and… “NOT SUBSTITUTE”… ‘Ditties’ and ‘Platitudes’ and ‘Sayings about God’… for what GOD… has already… Said in His Word, the Bible?