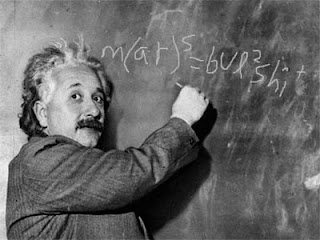 “Don’t Believe Me”… and what I write in these blogs… “Unless”… ‘You’ go to the Holy Word of God: and “Verify with the Word”… what I say is True! I will even go even further… “Don’t Believe”, your Pastor of your Church… “Unless ‘you’ do the Same!” “Don’t believe”, that Radio or TV Preacher… “Unless ‘you’ do the Same!” “None” of us are perfect and we like all others; can be mistaken: No, I should say… “Wrong”… in something we say! May I be so bold as to say… “Lazy People”; with little “Responsibility”… are ready “To Believe”–“Everything & Anything!”

Here is an ‘example’… right from the Scriptures! Paul had to rebuke Peter, for his error in “Practice and Teaching”. It is no different today. Today, there are some Good Bible Teachers… and there are some… “Outright Liars!” Can you tell the difference? “IF”… you know the Holy Word of God… and what it teaches… you can then ‘Discern’… between “Lies & Truth!” If you have no such desire… ‘to do so’… just perhaps you had better see… If – “YOU”… are “Truly Born Again”…?


Can you see of ‘What’… is being said here? We have become a nation of… ‘Non–Thinkers!’ We have been shoveled so very much… manure… from and by the Entertainment Media; that we are willing to ‘Accept Anything’… as Truth! Especially from the “Churches” and “Pastors” and “Supposed ‘Bible’ Teachers!” May I share with you and practical example? There is a Face Book application called… “God wants you to Know – A message from God!” There is more heresy there, because what they say & teach… is NOT from the Bible.


“Knowing ‘About’ GOD”… is “NOT” the same as “Knowing God!” Many know about God, and many more use… ‘God Talk’… with is “Only Religious!” It may ‘NOT’… be the “Absolute Truth of God!” Many ‘False Churches’ and ‘False Bible Teachers’; are prevalent today. When one says ‘this fact’… they are immediately deemed… “Hyper–Critical” and even “Mean Spirited!” They are soon ‘Branded’ as… “Un–Loving” & “Un–Christ like!” What “MOST” fail to realize… is that Satan’s camp… is in the Churches… and “NOT”… in the World. He has the World… blinded already!

*** (2Corinthians 11:13-14-15) For such ones = are false apostles, = deceitful workers, = transforming themselves = into the apostles of Christ.
(2Cor 11:14) Did not even Satan = marvelously transform himself = into an angel of light?
(2Cor 11:15) Therefore it is no great thing = if his [Satan] ministers = also transform themselves as ministers of righteousness, = whose end shall be according to their works.

Can you see… where this is ‘Leading?’ Once again; “Knowing ‘About’ GOD”… is “NOT” the same as “Knowing God!” Satan uses… ‘God Talk’… to keep the ‘Blind’… “Blinded”; to the Truth of the Holy Word of God! His ‘False Teachers’… both men and women… can be seen in Pulpits; on TV; on the Radio; and on the Internet! How do you know… ‘Who is who’… and ‘Which is which?’ In simplicity… it is what they “Teach & Preach”… about the “Complete Authority” of the Holy Word of God. Often times they ‘substitute’; there ‘own’ interpretation of what the Bible says.

Many of the ‘False Teachers’… will not validate what they say… with the Holy Word of God! They often offer… “Kingdom Authority and Promises”… to their listeners and get them to wrongly believe… that they have the ‘same’ authority that the Apostles had. They often claim complete authority over Satan, Sickness and All manner of Evil. They often ‘falsely claim’ that demons are to blame for ones woes… and “NOT their Own Sin!” They take away the “Personal Responsibility” for sin… and then call it… the Demon of Lust, Sex, Greed and the like! Seldom if ever; do you hear them say… “It Is Written!”

YOU make a choice for “SIN/SINS”…! And you make the ‘Choice’… “To Obey the Holy Word of God”… or “Not!” Many times… because the consequences of Sin are not ‘immediately’ apparent… we wrongly think… that we “Graced–Over those Sins!” That is another of the “LIES”… taught by many of the ‘False Teachers’…! Each time we choose to sin… we give up a little of our souls… and its ability to ‘Hear & Obey God’; and His Holy Word! Choose… “Not to SIN”… and you will be better off! Don’t watch that TV Program that promotes Sexual Immorality! Don’t watch those Violence programs that dull our ‘senses and sensitivity’ to… Violence! Ever wonder why Women ‘never’ Blush… but instead of… wear “Blush Makeup?”

*** (2Peter 2:1-2) Now there were false prophets = among the people, = just as there also will be = false teachers among you, = who will secretly introduce = destructive heresies = and even deny the Master who bought them, = bringing swift destruction on themselves.
(2Pet 2:2) Many people = will follow their immoral ways, = and because of them = the way of Truth = will be maligned.

*** (Jude 1:3-4) Dear friends, = although I was eager to write to you = about the salvation we share, = I found it necessary to write to you = and urge you = to continue your vigorous defense of the faith = that was passed down to the saints once and for all.
(Jude 1:4) For some people have slipped in among you unnoticed. = They were written about long ago = as being deserving of this condemnation = because they are ungodly. = They turn the grace of our God = into uncontrollable lust and deny our only Master and Lord, Jesus Christ.