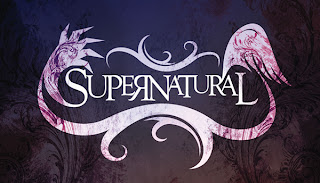 While visiting my…. “You Tube” account; I found that several of my friends had send me videos about the [Supposed] “Supernatural Healings” happening today [Y2K]. There was even one of a Child going to heaven and seeing God! “Many” are taken in by those [False] “Claims”… and yet Jesus does ‘not’ get the Glory! The glory is given to ‘those’… to whom these things ‘Supposedly’ happen. There are ‘Many’ such claims by people ‘are claiming’ to be Christians… and yet there is… “No Bible Truth”… revealed in their ‘claims’ and in ‘testimonies?’

Have you noticed… All the ‘Supernatural’ programs on TV? Worse than that… is the subtle ‘Supernatural’… that has been introduced into “Video Gaming”… that “Most Parents”… are “OBLIVIOUS” To…! It “Snuck” right into; their “Children’s Entertainment”… and they did ‘not’ even realize it! Most simply… “Excuse It Away”… as ‘harmless’ entertainment… and do ‘Not’ see the “Spiritual Damage”… that it does to their Children!

*** (2Corinthians 11:13-14-15) For such ones = are false apostles, = deceitful workers, = transforming themselves into the apostles of Christ.
(2Cor 11:14) Did not even Satan = marvelously transform himself = into an angel of light?
(2Cor 11:15) Therefore = it is no great thing = if his ministers = also transform themselves as ministers of righteousness, = whose end shall be according to their works.

What “Boundaries”… have you established in your “Hearts & Minds?” Just how much… of that which is an “Abomination to God”… will you “Allow”…? Of course you will tell me that You… ‘Do Not’ watch Pornography! But did you know that ‘sometimes’ You allow… “Spiritual Pornography”… into your lives…? Have you ever… “Read a Horoscope”…? Gone to a ‘Fortune Teller’ at a state or county fair…? How about ‘Celebrate’… “Halloween”…? Read or seen any of the ‘Harry Potter’ books or movies? All of those… are nothing more than “Spiritual Pornography!” All of those acts are “Forbidden”… by the Holy Word of God!


The ‘Supernatural’… seems to be woven though out all cultures. Yet, Few… even relate to God. They will readily recognize demons, the anti-Christ, haunted houses and all sorts of such “Nonsense!” Yet they will… “NOT–Recognize” that… “Each ONE”… of us has to answer to himself or herself to God, the God of the Bible. They are willing to hear anything to… Tickle their Ears… and be deceived by the ‘Unexplained’… “Supernatural!” Even to the “X-Files” and “Aliens!”

*** (2Timothy 2:23) Do not have anything to do = with foolish = and stupid discussions, = because you know = they breed useless arguments.

Do ‘You’ have a Bible…? If you do, then you can know ‘directly’ from the Holy Word of God; what you ‘need to know’… for “Life & Godliness!” Why then would you ‘believe’ someone else…? The entire world is corrupt and its systems are corrupt. They all fall under the dominion of Satan, because of the Disobedience of “Adam & Eve!” Why would you then… look to the ‘Supernatural’ for an answer… Not Knowing… if it was Satan and demons? Wouldn’t it just be better to… “Trust God” and “His Holy Word”… ‘Without’ any Supernatural sings and wonders?

Many will trust some Supernatural happening… without ever Checking to see what the Word says. Did you know that there is even a “NT Biblical” record of such… to the hurt of a man and his family? Did you also know that the NT Christians… destroyed all their former “Black Arts”… upon their Conversion to Christ…?

How about it…? Have you seen it for what it really is…? Satan is the Author of Confusion! He tries to blur the Truth of the Holy Word of God. Those that ‘do not’… “Hold to the Complete Authority of the Word of God”… are easily deceived by the ‘Supernatural!’ They take all supernatural as coming from God. They do not want… to believe that demons may be interactive in such thing. That is simply because… they have never ‘Read & Studied’… the Holy Word of God! They do not have Gods’ reference point… but that of the World.


Did you read that…? Jesus ‘never’ said… You [Satan] don’t have such authority! When Adam & Eve disobeyed God… the earth was cursed. Death is the curse of Sin and all it entails. Christ Jesus came as Savior… “Accepted by Few”… “Rejected by Many!” Say it isn’t So…? How many today… say they Love Jesus…? How many of those… Love their Bible and read them and obey the Word? Those numbers are Not the Same! As Jesus is the Living Word… why are there so very many… that say they ‘Love HIM’… and ‘Do Not’ = “Read & Study”… “His Holy Word?”