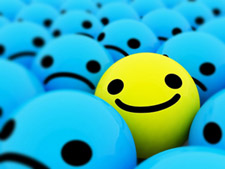 
Recently after looking… at some posts about ‘Positive’ Thinking; It is hard to believe that anyone can believe that ‘Anything’… will be brought about by “Only” by just… thinking “Positive” thoughts. Could it be that the ‘Millions’ that buy Lottery Tickets; have ‘Positive’ thoughts about winning and… ‘Not Realistic’ Ones? Could it be that the “Cancer Patient”… believes… that ‘Positive’ thoughts will really help, ‘WITHOUT’… “Surgery” & “Chemotherapy” & “Radiation?” I speak this, from personal experience.

Which of these Two… groups of verses best describes, ‘Positive Thinking?’ May I suggest the second group? Cleanse your hands and purify your heart, “YOU” – ‘Double’ Minded Ones! In responding to a posting about… “Renewal 2010”… about a movement for Revival… I made the statement; “Never in the Bible”… did God, the God of the Bible… “Ever Bring Revival”… without a ‘Chastening and Repentance’ …by those ‘Who’ are called… “His People!”

Many ‘Christians’ simply… Quote 2Chroniles 7:14… and use that as their ‘Key for Revival’. But what they “Chose to Ignore”… is verse “13”. Verse 14 is “Predicated” on verse 13. This indicates that God; has sent a “Chastening” – upon His people! Do you remember “9-11”? The Churches were packed to overflowing… ‘Not’ because of a “Holy Fear of God”… but an unhealthy fear of more Terrorism! Within months 6-months; those ‘visitors’ to the Churches… ‘Never’ returned; but continued their “Godless & Decadent” lifestyles. Was there a revival after “9-11?” Absolutely Not!

“IF” you are a ‘Disciple’… of the Holy Word of God; you know from reading through the OT, that Israel… would not listen to the “MANY” prophets that God sent to correct His people. So it is today that “MANY” that say they are Christians… have a ‘Santa Clause’ view of God! They ‘Never’ speak about Judgment [Ecclesiastes 12:13-14], but only the Love of God. They ‘Never’ speak that God… “Spanks”… [Hebrews 12:5-to-11 7 John 15:1-to-6]: those that are His Children… simply called ‘Chastening’ in the Bible. Their view is somewhat… ‘Unbalanced!’

A Positive Attitude… will “Not” change the… “American Approval of Abortion!” ‘Save the Whales’… and ‘Save the Planet’… and “What” about all the homeless ‘Pets?’ Well… What ‘About’: the… “OVER”… 55,000,000–Million… INNOCENT BABIES… MURDERED BY THEIR MOTHERS… in their Wombs… BY ABORTION…? Only when we see a Change… in the Minds and Hearts… “FOLLOWED”... by a genuine Crying Out… In True Biblical REPENTNACE:… then perhaps will we… only begin… to see a Change in the “Hearts and Minds”… of those that Call; the Blessed Name of Christ Jesus… and in the Unbelievers!


IF you are “Silent about Abortion”… then you are in ‘Approval’ = just like those living around = the Nazi Concentration Camps. = They ‘Too’ = were… “Silent!”