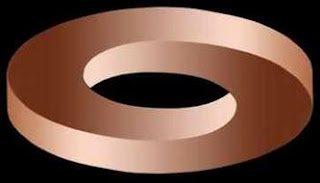 Since “Christ Jesus”… returned to Heaven… to sit at the Right Hand… of God the Father; there has been much ‘Dis-Information’… sewn by the Devil and his ‘human’ workers; within the Church, the Bride of Christ. Only those “Born Again”… by the Holy Spirit are truly His… no matter what they “Claim!” His true children… will hold to the “Complete Authority” of the Scriptures… ‘Nothing More’… ‘Nothing Less!’ Simply see… Ephesians 1:to-7…!

*** (2Peter 2:1-2) But there were also false prophets among the people, = even as there will be false teachers among you, = who secretly will bring in destructive heresies, = even denying the Master who bought them, = bringing on themselves swift destruction.
(2Pet 2:2) And = “MANY” = will follow their pernicious ways, = and because of them = the way of Truth = will be evil spoken of.

Did you notice the… “Jesus (pbuh)… in the title of this Blog? Each time the Muslim speaks about… Jesus (pbuh)… that is the “False Jesus”… spoken about from their Quran. Their… Jesus (pbuh)… did “Not” come about till… “Circa 700 AD”… when the Muslim; professed their faith. Today in the 2010… they again… are seeking ‘World Domination’… through the “LIE”… that Islam is a religion of peace! They are even telling… “Ignorant [Un-Informed] Christians”… that their … Jesus (pbuh)… is the Jesus of the Bible! That is a LIE…!


The Muslim and those of Islam… have told “Many”… that Islam… is a religion of Peace. Have you ever heard any Muslim… say that those Fundamental Islamic Terrorists of the… “9-11 Attack on the Twin Towers in NYC”… were wrong and not a true picture of Islam? Has any Islamic nation… made that statement… anywhere…? “Absolutely… Not!” That is because Islam is a religion of terror and conquest. That is why they so readily attack… the “Christ Jesus” of the Bible… “Falsely Saying”… that He is the same as their… Jesus (pbuh)…

In Qur’an 25:44, Allah says that unbelievers are worse than cattle and animals.

Ibn Kathir provides the reason why non-Muslims are worse than animals and grazing cattle: cattle only do what they were created to do, but these people were created to worship Allah alone without associating partners with Him, but they worship others with Him, even though evidence has been established against them and Messengers have been sent to them.

Allah hurls further insults to the Jews and Christians if they do not accept the Qur’an. Allah says in Qur’an 4:47 that the Qur’an confirms the books sent before it; the people of the book are cursed if they do not believe in the Qur’an. Because of this calumny Allah may efface their faces. According to ibn Kathir effacing means turning them blind; turn their faces backward means to put their faces on their backs and make them walk backwards, and curse them means to turn them into animals.

Allah says in Qur’an 6:122 that He raises the believers from the dead and provides them with light to enable them to move among the disbelievers; but the unbelievers move in total darkness.

Commenting on this verse Maulana Abul Ala Maududi, a modern exegete of the Qur’an writes (Tafheem ul Quran commentary number 6/88):

Death signifies here the state of ignorance and lack of consciousness, whereas life denotes the state of knowledge and true cognition, the state of awareness of Reality. He, who cannot distinguish between right and wrong and does not know the Straight Way for human life, may be alive on the biological plane, but his essential humanity is not. He may be a living animal but is certainly not a living human being. A living human being is one who can distinguish right from wrong, good from evil, honesty from dishonesty.


They also “Falsely Claim”… that ‘Allah’ is the same God; as the God of the Bible. They NEVER tell you that in the Quran… Allah never claims to be… in any related to Israel; as Jehovah claims He is the God of Abraham, the God Isaac and the God of Jacob! Matter of fact, the Muslim… joins most of the Arabs… in their Hatred of Israel… The True God’s… Chosen People! Someone… is NOT… speaking the Truth!

*** (1Chronicles 29:18) O Jehovah, the God of Abraham, Isaac, and of Israel, our fathers, = keep this forever in the imagination of the thoughts of the heart of = Your people, = and prepare their heart to You.

Is there “ANYWHERE”… in the “Quran”… where ‘Allah’ = is called the “God of Israel?” Or anywhere that he delivered Israel… out of their bondage in Egypt…? …“Absolutely NOT!” Jehovah God… is “NOT Allah”… as Jehovah says.. HE is GOD… and there is NO Other! In the very same way… the “Muslim” says ‘many things’… and ‘falsely’ claim many more; that they cannot substantiate. Jehovah says “He is God”… and there is “None Other!” How then can the Muslim… make such false claims…? Almost like the “Anti-Aging Cream”… that is sold to make one younger! Does it really make you younger? Does your ‘birth date’ on your driver’s license… ‘get younger’… when you use it? …LOL!