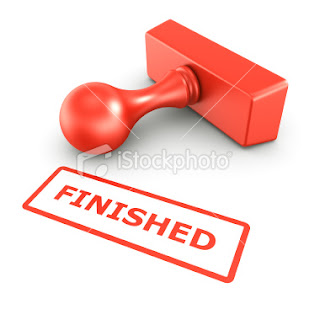 Many celebrate ‘Christmas’… and ‘Easter’; or should I properly say, “Resurrection Sunday!” ‘Easter’ is actually a Pagan holiday, such as Halloween. In ‘Circa 327 AD’, Emperor Constantine united his empire, doing away with “True Christian” persecution and forever joining both “Pagan & Christian” holidays. Many ‘do not’ know this fact… and thus readily accept the common verbiage. Did you even know that the ‘days’ of the week… are named after heathen gods [small-g]. Much of our speech today has become “PC” [politically correct]… hiding its ‘True Agenda!’


First, the Law of God… was given to Israel, God’s chosen people. It was their position and purpose… to be God’s Witnesses to the entire World. They fell short of that purpose… even though God, the God of the Bible… validate His ‘Position & Power’… in His ‘10–plagues’ upon Egypt and their gods. And yet, hard hearted Israel… also refused God… ‘10–times’ also.

*** (2Chronicles 6:32-33) And also to = the stranger = who is not of Your people Israel, = but has come from a far country = for Your great name's sake, = and Your mighty hand, = and Your stretched out arm, = if = they come and pray in this house;
(2Chron 6:33) then hear from Heaven, = from Your dwelling-place, = and do according to all that the stranger calls to You for, = so that all people of the earth may know Your name, = and fear You, = as Your people Israel, = and may know that this house which I have built is called by Your name.

Israel was given… Not only the Law, the Statutes, the Precepts, the Ordinances… but to “Show Forgiveness for Sin”… by the daily and yearly… Sacrifices for “SIN/SINS”. This ‘atonement’ was daily… with the smell of ‘Roasting Sacrifices’… permeating the air, every day; as a reminder of this ‘requirement’ of God. Sacrifices for leaders and priests were more than for the common man. Each position of responsibility… held its own recompense. This thought is even carried to the NT also.

*** (Leviticus 14:21-22) And if he is poor = and his hand cannot reach so much, = then he shall take one lamb for a trespass offering to be waved, = to make an atonement for him, = and one-tenth part of fine flour mixed with oil for a food offering, and a log of oil,
(Lev 14:22) and two turtle-doves = or two young pigeons, = such as his hand can reach. = And the one shall be a sin offering, and the other a burnt offering.

*** (James 3:1) Not many of you should become teachers, = my brothers, = because = you know that we who teach = will be judged more severely.

But all these “Sacrifices”… were only “Types and Pictures”… of the ‘Final Sacrifice’… “Christ Jesus”: The Sinless Lamb of God! He was to “The Passover Lamb of God”… the God Man… both God and the Son of Man. Only a “Completely Perfect” – “Sinless Sacrifice” – would do… for all of time and eternity! All those sacrifices… in the OT were congealed; by the future “Sinless Sacrifice” of Christ Jesus, the Messiah. His… “Once for All Time”… did away with those Levitical Sacrifices and that system.

*** (Hebrews 9:19-to-22) For when Moses had spoken every precept to all the people according to the Law, he took the blood of calves and of goats, with water and scarlet wool and hyssop, and sprinkled both the book, and all the people,
(Heb 9:20) saying, "This is the blood of the covenant which God has enjoined to you."
(Heb 9:21) And likewise he sprinkled with blood both the tabernacle and all the vessels of the ministry.
(Heb 9:22) And almost all things are by the law purged with blood, and without shedding of blood is no remission.

*** (1Corinthians 5:7) Therefore purge out the old leaven so that you may be a new lump, as you are unleavened. = For also = Christ our Passover = is sacrificed for us.

*** (Hebrews 9:23-to-28) Therefore it was necessary that the patterns of things in the heavens should be purified with these, but the heavenly things themselves were purified with better sacrifices than these.
(Heb 9:24) For Christ has not entered into the Holy of Holies made with hands, which are the figures of the true, but into Heaven itself, now to appear in the presence of God for us.
(Heb 9:25) Nor yet that He should offer Himself often, even as the high priest enters into the Holy of Holies every year with the blood of others
(Heb 9:26) for then He must have suffered often since the foundation of the world, but now once in the end of the world He has appeared to put away sin by the sacrifice of Himself.
(Heb 9:27) And as it is appointed to men once to die, but after this the judgment,
(Heb 9:28) so Christ was once offered to bear the sins of many. = And to those who look for Him = He shall appear the second time = without sin [sacrifice] to salvation.

“To & For” Whom… is this Eternal Sacrifice for Sin completed…? God in His economy of “Free Will for Mankind”… has ‘Allowed’ mankind… to choose “Not to Obey”… God and His Holy Word! God has revealed Himself… to each and every one of those; Born! It is simply their Choice to… “Accept or Deny”… what is done for them in God’s Eternal; Grace & Mercy! Without free will… we would be no more than puppets.

*** (Psalms 19:1-to-4) To the Chief Musician. A Psalm of David. The heavens declare the glory of God; and the expanse proclaims His handiwork.
(Psalms 19:2) Day to day pours forth speech, and night to night reveals knowledge.
(Psalms 19:3) There is no speech nor are there words; their voice is not heard.
(Psalms 19:4) Their line [witness] has gone out through all the earth and their words to the end of the world. In them He has set a tabernacle for the sun,

*** (John 1:9-to-12) He was the true Light; He enlightens every man coming into the world.
(John 1:10) He was in the world, and the world came into being through Him, and the world did not know Him.
(John 1:11) He came to His own, and His own received Him not.
(John 1:12) But as many as received Him, He gave to them authority to become the children of God, to those who believe on His name,

*** (Psalms 98:2-3) Jehovah has made known His salvation; His righteousness He has unveiled to the eyes of the nations.
(Psalms 98:3) He has remembered His mercy and His truth toward the house of Israel; all the ends of the earth have seen the salvation of Jehovah.

*** (John 3:19-20-21) And this is the condemnation, that the Light has come into the world, and men loved darkness rather than the Light, because their deeds were evil.
(John 3:20) For everyone who does evil hates the Light, and does not come to the Light, lest his deeds should be exposed.
(John 3:21) But he who practices truth comes to the Light so that his works may be revealed, that they exist, having been worked in God.


“NO Excuses”… will ever be enough! Some will even after reading this say… “But what about those in the darkest deepest Jungles of this planet…? That is only to deflect… their own responsibility to God and to His Holy Word! When you ask them… “Do you ‘really’ care about them and what are you ‘doing’… to see that they “Know about JESUS?”… They will simply ‘not’ answer! God commands “All” mankind… everywhere to “Repent!” Most have not… and never will… because they love their “SIN/SINS!”

*** (Acts 17:30-31) Truly, then, God overlooking the times of ignorance, now He strictly commands all men everywhere = to Repent,
(Acts 17:31) because He has appointed a day in which He is going to judge the world in righteousness by a Man whom He appointed, having given proof to all by raising Him from the dead.