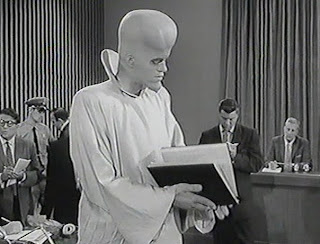 This week… a friend said to me, “Due to the vastness of the Universe… do you believe that God… ‘Only’ made life here on earth?” My response was, “How do you define Life?” He could not to answer that question. Do you realize… that ‘American’ movies and TV… have given us over 50-years of Science Fiction… about ‘Aliens?’ We have a plethora of “Alien Thinking”… brought into our psyche. “Star Trek”, “The X Files”, “Alien 1-4” and ‘more’ than I care to mention; have “Tainted & Titillated” our thinking. Perhaps think about ‘three’ different; types of Aliens.

When the ‘Cosmos’… passes away; that means that “ALL” of Creation passes away and will be ‘Replaced’ by the ‘New Heaven’ and the ‘New Earth!’ Only the redeemed; those “Born Again” [Ephesians 1:7-to-14 & John 7:38-39]… by God’s Holy Spirit… will inherit the ‘New Heaven’ and the ‘New Earth’. Those “NOT” redeemed; will spend eternity in the “Lake of Fire”… tormented day & night… forever & forever! God, the God of the Bible has offered “Salvation in Christ Jesus” and His finished work of Redemption to “ALL”… accepted by “Few”; and rejected by “Most!”

Sorry No… there is “No” Alien life… as we know life… on other planets. “YOU”… ‘Simply’ believe the “Bible”… OR – “YOU”… believe the “Godless Entertainment Media”… who has tickled you minds, hearts and souls… with their “Fantasy!”


There is a second group called “Aliens”… who those in this country and others; known as… “Illegal Aliens!” They have ‘Not’ come here legally… but “Violated the Laws”… and entered ‘without’ passport of visa. One statistic said that there were between… “25-to-40” Million Illegal Aliens here. Many complain that it drains those ‘Resources’; meant for ‘Our Citizens’ and for ‘Our Nation’.


But, on the other hand… our country, the “USA”… continues the practice & support of Killing Innocent Babies… in their Mother’s Wombs! Over “55,000,000–million”… “Innocent Babies” have been “Murdered by Abortion”… and the ‘Practice & Approval’… continues into the ‘Third Semester of Life’… called the “Partial Birth Abortion”. America is the world’s largest ‘Provider & Exporter’ of Abortion. But more people here; are more concerned about the Illegal’s.

The third type of ‘Alien’… are those “Redeemed” from among all mankind; washed in the “Blood of the Lamb of God”… “Christ Jesus”. We are alien to the ways and the works of this corrupt dying world and their methodologies. We do ‘not’ practice their “Evil Ways & Treachery”… but we live according to the Holy Word of God. We keep and practice… “His Word”… and “He – Christ”… lives out His life; through us… by His indwelling Holy Spirit. We are the “True Aliens” here as we look for a New Heaven and a New Earth… wherein dwells “Complete”… “Truth” and “Righteousness” and “Holiness!”

*** (2Chronicles 6:32-33) And also to = the stranger = who is not of Your people Israel, = but has come from a far country = for Your great name's sake, = and Your mighty hand, = and Your stretched out arm, = if they come and pray in this house;
(2Chron 6:33) then hear from Heaven, = from Your dwelling-place, = and do according to all that the stranger calls to You for, = so that all people of the earth = may know Your name, = and fear You, = as Your people Israel, = and may know that this house which I have built is called by Your name.

Originally God had called… “Israel” as His people and His witness to all. All the earth were ‘aliens’ to His Righteousness, Holiness and to Word of God. No others had… His Word, Laws, Ordinances and Precepts. No other people… had access to God; than by the Jews, His people. But, because of the ‘failure’ of Israel to accept… “Christ Jesus” as the “Messiah”… they were set aside, and the Gentiles… now ‘have and disseminate’… “His Holy Word”… to all the nations.

(Eph 2:18) For through Him = we both have access = by one Spirit to the Father.
(Eph 2:19) Now therefore you are = no longer strangers and foreigners [Aliens], = but fellow citizens with the saints, = and of the household of God,
(Eph 2:20) and are built upon the foundation = of the apostles and prophets, = Jesus Christ Himself being the chief cornerstone,
Truly “IF” you are in Christ… you are the real ‘Alien’… but we look for; a New Heaven & a New Earth… wherein dwells Complete… Truth, Holiness and Righteousness… with our Lord & Savior… Christ Jesus… Lord of Lords and King of Kings…!
Thank you,
In Christ, Roger / Jeremiah 33:3.
Ende…!
Posted by TRUTH459 at 10:40 AM