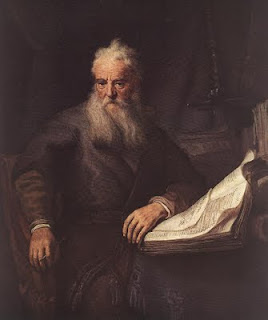 “The 12th Apostle – 101”
While visiting some… of the Bible posting sites, I have come upon a ‘discussion’ about just who was the “12th Apostle?” There are varied opinions and some discussions based on one’s particular denominational teachings. I ‘never’ trust the teachings of any denomination, any preacher or teacher… but “Only” on what God says in His Word. This is just as Christ Jesus said!
(John 17:17) Sanctify them = through = Your Truth. Your = Word = is Truth.

Perhaps first we… may look at the Scriptures and see just what exactly is an… ‘Apostle?’ The word apostle or apostles is used 78-times in the New Testament. This word translated from the Greek, simply means… “Apostle” = “messenger” or… “He that was sent”. It is also used to a definite meaning as the… “Apostles of Christ Jesus”. It was for that person holding a… particular office or assignment… as assigned by Christ Jesus, i.e. “The Twelve Apostles of Christ.”

First let us… examine one of the definitions of… “He that is sent.” These were sent, being given… ‘Miraculous Powers’… by Christ, and were sent out into the countryside where Christ was to come. They are not identified as ‘the twelve’ that Christ Jesus chose to fill… ‘The office of an Apostle.’ Truly they were authorized as ambassadors of Christ, as “Sent Ones”… proclaiming the coming ‘Kingdom of God!’

(Hebrews 3:1) Wherefore, = holy brethren, = partakers of = the heavenly calling, = consider = the Apostle = and = High Priest = of our profession, = Christ Jesus;

Christ Jesus was called "The Apostle"…! Certainly he does not hold the office of the ’12 Apostles’… nevertheless ‘His Office’ is that of a “High Priest unto God”. He being sent by God, as that complete and total “Passover Sacrifice [1Corintians 5:7]” was an Apostle, a “Sent One by God the Father”. A complete reading and study of the ‘Book of Hebrews’ will demonstrate this fact.

(Luke 6:12-to-16) And = it happened = in those days that = He [Jesus] = went out into a mountain = to pray, = and = He = was spending the night = in prayer = to God.
(Luke 6:13) And = when it was day, = He called His disciples. = And = He = chose twelve of them, = whom = He = also named apostles:
(Luke 6:14) Simon, whom He also named Peter, and Andrew his brother; James and John; Philip and Bartholomew;
(Luke 6:15) Matthew and Thomas; James the son of Alpheus, and Simon who was called Zelotes;
(Luke 6:16) Judas the brother of James, and Judas Iscariot, who also became the betrayer.
Did you notice… that "Jesus" spent All Night in Prayer? He chose a specific “Twelve” from His group of disciples. There were other Disciples that were not chosen, as the ‘Specific Twelve Apostles’. These “Disciple Apostles” were to hold that “specific office” as the ‘Twelve Apostles of Christ’. None others were called specifically as the… “Apostles of Christ!” Some ‘wrongly and falsely’… make that claim as said in these verses.

The next Logical Question… is ‘How can I know that there are ‘Only Twelve’… called to that specific office of the… “Apostles of Christ?” As the Bible has the Truth, all we have to do is to search the Word of God… to find the answer. Real Biblical Truth… is revealed to the True Believer… by the Holy Spirit… that indwells each and every… “Truly Born Again, Child of God!”

This is the only place… the twelve thrones is mentioned in the Bible. What exactly did Christ Jesus mean? Where are there humans sitting on thrones… judging? Is there a differentiation between Old Testament and New Testament standards for Righteousness as identified in the Scriptures? Yes there are. The Law of God, which is never abolished [Matthew 24:35]… but the economy of Grace through Faith… was introduced by Christ Jesus.

Here is where Some… may be confused. The Law of God… still stands… and will be used by Christ Jesus in His final judgment [John 12:44-to-50] of all mankind. Those that have rejected the Grace of God for Salvation will… “Be Judged”… by the Word [Law] of God… for “Degrees of Punishment”. Those that have ‘Trusted by Faith’ in the… “Finished Work of Christ Jesus”… will also “Be Judged” for those things done or not done [sins of omission]… and will receive ‘Rewards’ accordingly [1Corinthians 3:9-to-15]…!

These Twenty Four Elders… are made up of the “Twelve Patriarchs” of the 12-Tribes of Israel, “Revelation 7:4-to-8” = “Rev 21:12”. The other twelve, are those Apostles, promised by Christ Jesus in “Matthew 19:28”. All those are ordained by God. There are ‘None’ today that hold the office of an Apostle of Christ. Well we all know that Judas defected and committed suicide [Acts 1:16-to-19], what about his place and his office? [Matthew 27:3-4-5] Who took his place and what is that persons… ‘Validation of office’… as an ‘Apostle of Christ?’

Perhaps “First”… we need to look at the “Command of Christ Jesus” to those disciples and apostles that are His. They were to “Tarry” and not to… “DO ANYTHING”… without the Power from God, His Holy Spirit that indwells each and every… True Believer [John 7:38-39]. Did they obey Jesus… or did they do… ‘Church business’… “Without” the Indwelling Power, the Holy Spirit of God… from God? They acted in the Flesh… and ‘Not’ in the Spirit… for the Holy Spirit was not yet given.

Right now… 'someone is saying'… see Matthias is the twelfth Apostle. Well, the Scriptures say that they prayed [Acts 1:24]… But did they pray “All Night” [Luke 6:12-13]… as Christ Jesus did before choosing the Apostles? “Absolutely Not!” Did they draw Lots to choose the next disciple? Yes they did. But they did not give… “GOD”… another choice? No, they only give Him… two choices [Acts 1:24]… and not three. Perhaps if they had given God… ‘three choices’… they wouldn’t have made this error. The third choice being… ‘Neither!’ [None of the Above]

Paul is the Twelfth Apostle… plain and simple. If you say it is Matthias.. then YOU… Do Not Believe the Scriptures! Say it isn’t SO…? Simply read all these Scriptures… where Paul said that … “HE is an Apostle!” I will list these here for your to read. Do you believe the Scriptures or Not? Perhaps I will go over the logic of this conclusion before posting these… Scriptures that say that Paul was an Apostle.

(Romans 1:1) Paul, a servant of Jesus Christ, a called apostle, separated to the gospel of God

(1Corinthians 1:1) Paul, a called apostle of Jesus Christ through the will of God, and Sosthenes our brother,

(1Corinthians 9:1) Am I not an apostle? Am I not free? Have I not seen Jesus Christ our Lord? Are you not my work in the Lord?

(2Corinthians 1:1) Paul, an apostle of Jesus Christ by the will of God, and Timothy our brother, to the church of God which is at Corinth, with all the saints who are in all Achaia.

(2Corinthians 12:12) Truly the signs of the apostle were worked out among you in all patience, in miracles and in wonders, and by works of power.

(Galatians 1:1) Paul, an apostle (not from men, nor through man, but through Jesus Christ and God the Father, who raised Him from the dead),

(Ephesians 1:1) Paul, an apostle of Jesus Christ by the will of God, to the saints who are in Ephesus, and faithful in Christ Jesus.