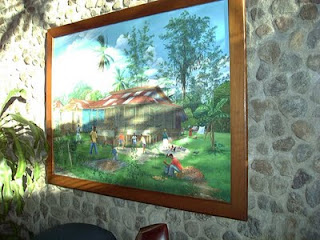 I am always… looking for subjects for this blog and today I found one on the FB Bible site in the form of a Question. “(Is) Love, the true sign of a Christian?” I read many Bible sites and have found a lot of posts and questions and answers. The Totality of God’s Truth… is a Tapestry… that is woven throughout, His Word… “The Bible!”
(Acts 17:11) And these = were more noble = than those = of Thessalonica, = in that = they = received the Word = with all = readiness of mind = and = searched the Scriptures = daily = to see if those things = were so [or Not].

Most would quote… several Bible verses in order to prove their ‘Point’, that Love is the sign of a ‘True Christian’. Today in America you can find a “Plethora” of Pseudo Christian groups, ministries and ‘the religious’… all, who believe themselves to be Christian. Surely those that do not believe that… “Jesus is God”… are ‘Not’ Christians! Take for instance the Jehovah Witnesses or the Mormons as an example of their ‘wrong’ beliefs.
(John 15:3) Now = you = are clean = through = the Word = which = I [Jesus] = have spoken = to you.

Do you remember… ‘Jim Jones’ and the ‘Branch Dravidians’? They were ‘easy’ to spot as they publically ‘deviated’ from the “Authority of the Word of God”. So too… those that do not know the Word… are often taken by the… “Hollywood Presentation Dynamics”… of such ‘False Religious Leaders”. It is, ‘Easy to see’… how so many people are duped into believing a “Lie!”
(John 10:1) Truly, = truly, = I [Jesus] = say to you, = He who = does not enter = into the sheepfold = by the door, = but going up = by another way, = that one = is a thief = and = a robber.

Today, the Pseudo Christian Media… hundreds of thousands of programs, via radio, TV, CD’s & DVD’s and on the Internet. Only a few hundred of all those are really speaking The Truth of God’s Word. While on a business trip to Canada, I was listening to one of those broadcasts to hear what the speaker was saying. It was from a well known ‘Valid’ missionary organization. He was speaking about their ‘African’ counterparts and their drastic actions.

They had Recalled… their students from, “Some Specific”… American Bible Colleges and Seminaries. Why? Simply because those ‘religious’ training organizations… had ‘Publically’, changed their stand on the… “Truth of the Word of God”. They had been practicing that for some time, and as enrollment was down, they lowered their standards… to attract more students. Can you believe that happening in [Not] Christian America? I certainly Can!

Americans Families spend… on the average, more that 44-hours each week… watching ‘TV & Media Videos’. Most of them ‘never’ spend more than one-hour-a-week… studying their Bibles. “Most” never have a daily quiet time… meeting with ‘Christ Jesus’ in… “His Word!” Do you ask Christ Jesus… where He would have you… ‘To Study His Word?’

So too, most… have their ‘Appetites’, both temporal and spiritual, being fed with the “Garbage” of this Words… ‘Ways & Thoughts’. Say it isn’t so…? When was the last time you turned off the TV or a Video… when there was… The Un-Married… in bed together having Sexual relations under the covers? I have had to clean out my video collection some time ago, at a cost to myself. How could I… ‘even’, sell them at my garage sale… and contaminate… ‘Others?’

What is the TEST… to see if you are a Valid Christian or Not? Is it Love… or is it… ‘IF’ you believe God’s Word as Truth…? I would propose to you that… “Anyone can ACT!” You have seen enough TV & Videos to identify an Actor and when someone was Acting. Surely you have know people, “Who are Hypocrites and act in Duplicity!” They say or do one thing… and then speak Another! Yes, even that person that you were just thinking about.

How about Love…? How many do you know… that have used… ‘Love Language and Actions’… to get what they want and then leave? The divorce courts are ‘filled’ with those kinds of People. So too… Many pretend to be Loving… till someone calls them on… ‘The Facts!’ I have had that kind of response… in posting my Blogs. They professed the “Love of Christ”, till I identified practices… not consistent… with the Word of God. I was then, called ‘legalistic’.

So was it in… ‘Jesus’ day… when Many professed to know Him. Christ Jesus ‘continually’ was refuting the… “Religion & Practices”… of the religious. It is no different today. Do you believe it has gotten better or worse… since His time? Has America… Stopped… “Aborting Babies”… Killing them in their Mother’s Womb? Remember it is God Who said… Exodus 20:13 “You Shall Not Murder [innocent life].

Did those people, “The Many”… show Love… as evidence of their, ‘Claimed Faith’… in God? Were they really… “His”… or… ‘Not’? Of course they were Not! By all outward practices… they appeared to others… to be Loving People… and claimed to be working for Him. Yes Christ Jesus plainly told them… Depart from Me… I Never Knew… You! So, “What is the TEST” to see if they are really Christians…? Or Not…? Is it ‘Love’… or is it… “Truth?”

Now, The Real Question…? Is it “Love”… or is it… “Belief in the Total Authority of the Word of God… that Identifies a “Real Christian”… a believer in “Christ Jesus”…? I believe that the Teaching of the Word of God… identifies that one… by their… “Validity of the Authority of The Word of God!” Remember, the ‘Many’… of Matthew 7:21-to-23…? The Faked their Love…! “Truth is Always”… the test of a ‘Real Born Again’… by the “Holy Spirit”… Child of the Living and True God!

Now there is Something… that I must ‘Confess’. I had been dogmatic, long ago, when I was a ‘New’ Christian… about my beliefs on a certain subject. Looking back I have to say… it was my “Ego”… and not the ‘Holy Spirit’… that made me… stand on that “wrong belief”. Through maturity and the teaching of Scriptures… I realize that all I know… is “Only”, by the Teaching of the Holy Spirit… in my life. I can take… ‘No human credit’… for what He has taught me.

One more time… Is it “Love”… or … is it “Truth” = Belief in the Word of God as Absolute Truth… that identifies the True Believer in God…? After all these verses validating… “The Living Word”, the Truth of God, The Lord of Lords and King of Kings… “The Word of God”… on His raiment… ‘How’ could it be “Anything Less” than… GOD’S TRUTH…?

Once I thought I was wrong… but I was mistaken…! [Joke]