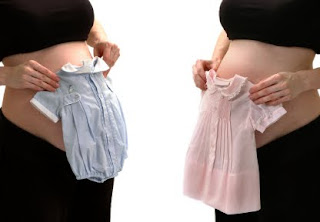 “Argumentum – 101” …Blog.
Recently I saw this… as an asking for papers about a discussion of Abortion, from ‘Both Sides.’ Already there is about an equal number of responses from both perspectives. Perhaps if you will allow me to discuss this issue and examine your own… ‘Preferences’ = or = “Convictions”… on this subject. There seems to be a ‘National Confusion’ about this issue. The flavors of… ‘Political Correctness’ is Pushed by the Media to the… “Exclusion of the Other Side!”
http://www.youtube.com/watch?v=wOR1wUqvJS4
As I hear the reasoning… it seems to be in the ‘Complete Favor’ of the woman’s body rights. This excludes that of the ‘Father’ and the “Unborn Innocent Child”. With the plethora of ‘Birth Control Products’ available, there seems to be… “No Excuse”… for an unwanted pregnancy. It does happen “Outside” of the choice of… ‘Responsibility & Common Sense’. When it rains, one wears a rain coat or takes an umbrella or both. One would commonly think that… ‘They’… do not even want such reasoning.
‘Women’s Rights’ have… ‘Excluded’… those of the “Unborn Innocent Child” and of those of the ‘Father’. Freedom from ‘Slavery’ is protected by the ‘14th Amendment of the Constitution’, but the “Unborn Innocent Child”… has no such protection. Even the “Father’s rights”… to have his ‘own child’ has been superseded by the US Supreme Court. Where is the “Equal Protection” under the Law, provided by the Constitution? It is ‘Non-Existent’… for the “Unborn Innocent Child and for the Father!”
The ‘Vocabulary’ has even… been ‘Changed’ to accommodate this ‘Travesty’ against the… “Unborn Innocent Child!” When a couple finds out about the pregnancy and want to keep the Child… it is called… “A Baby!” When the woman wants to Abort the… “Unborn Innocent Child”… it is called a “Fetus!” Latin for ‘Living thing’… it is now said to be… ‘Just tissue!’… and not a baby.’ Oh how you and many others have accepted their… “Lies as Truth?” That is just why you do not find… “Sonograms in an Abortion Mill!”
“All = that is necessary = for the triumph of evil = is that good people = do nothing.” …British statesman ‘Edmund Burke.’

When ‘Anyone’ speaks out… for the “Life of the Innocent Unborn Child” they are called… “Religious Fanatics!” Strange in this land of ‘Supposed Freedoms’… those that would tell the ‘Truth’… are immediately… “Disparaged by words and innuendoes”. Bible Truth and Freedom of Speech… are both guaranteed by the US Constitution. Except in the minds of those that would allow harm to come to that… “Unborn Innocent Child!”
“You shall not kill”… Exodus 20:13.
Actually… in the Hebrew Old Testament, there are Five Hebrew Words translated into our English word ‘Kill’. In this verse, the word correctly translated would say… “You shall not take innocent life!” When a 9-year old girl is killed by a pedophile… there is an outrage by society and a call for his death. Yet the “Unborn Innocent Child”… has “No” such protection. All killing is not wrong. Had not the USA intervened in WW 2… we might all be speaking… “Nazi German or Japanese!”

Here in America… since the “Roe-v-Wade Supreme Court decision”… we Americans have Killed… Over 50,000,000-Million… “Unborn Innocent Babies”… in the mother’s womb. They have been… “Sucked out in pieces” = “Poisoned with chemicals” and “Destroyed”… without even a tear being shed… by the staff of medical professionals! Those… “Clinics of Death”… the Non health care for the… “Innocent Unborn Children”… are like the Concentration camps of Nazi Germany!
Our USA Currency… has imprinted on it… “In God we Trust!” Most when asked, will reply that America is a ‘Christian Nation.’ Yet we, as a nation, claim to know ‘God’ and still say or do… ‘Nothing’… when it comes to the life of the… “Unborn Innocent Child!” We have even gone so far as to… Export our Abortion… to other countries. They too, have learned this “Killing of the Innocent Unborn Child” = Wrong’ = from our great nation? No nation is great that… Kills its future generations! No wonder there are so very many illegal aliens… here!
http://www.youtube.com/watch?v=CE__nw3YrDY&feature=related
Perhaps I will give you… the benefit of the doubt… ‘You’… that have not had any children or not have known anyone that had any children? Perhaps you have held you peace… “Long Enough?” You really know what has been going on… and you have turned a deaf ear… to the silenced cries of those… “Innocent Unborn Children!” When will you speak out for them…? Here is a video of an abortion. I challenge you to simply watch what has really been going on.
http://www.youtube.com/watch?v=BYRpIf2F9NA&feature=related
What more can I say…? “Not to decide… is to Decide…! Perhaps speak out to God and tell Him that you have not taken the plight of those… “Innocent Unborn Babies?” Will you spend your day in your pleasures and in your life… and not remember those Babies…?
Thank you for Your EAR! Roger //Email// atruth459@yahoo.com