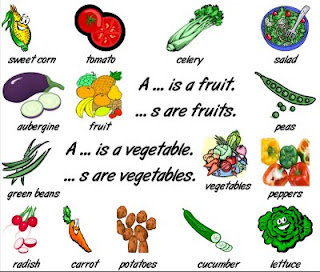 “Veganism – 101”…Blog.
Recently someone asked… me about… being their belief as a “Vegetarian.” They were asking me for any ‘Bible’ reference about that particular practice. I did some research in the Word of God, The Bible and came up with these facts. God intended for mankind ‘to ear meat’. It is “Not Forbidden”… in the Word of God. There are some… “Amino Acid Complexes and Enzymes”… that the body uses for repairing itself… “Which are… ‘Not’… found in Vegetables!”
(Genesis 3:21) And = for Adam = and = his wife = Jehovah God = made = coats of skins, = and = clothed them.

When Adam & Eve… “Disobeyed God’s Command”… and ate of the tree of… ‘The Knowledge of good and evil’… they were naked and realized what they had done. Do you suppose… “God”… wasted the flesh of those animals… when He clothed them with their skins? Absolutely Not! In addition, what was Able doing… raising a ‘Flock’ for food… if God did not intend for mankind to eat… ‘Meat?’ Simple questions answered by God’s Word.
http://en.wikipedia.org/wiki/Vegan
What most here… do not realize about this… ‘Cult Belief’… is that it comes from the Philosophy of the ‘False middle eastern religions’. They believe that the spirit of the animal is contained in its flesh and that eating the same is wrong. Americans who preach ‘Vegan’ believe that it is not ok to eat animals… ‘but to respect them’. It is like… “Save the Whales… but Abort the Innocent Baby!” They are simply following their beliefs… and… ‘do not’ even know where they came from..!
http://en.wikipedia.org/wiki/Hinduism
Many people starve… in India because they will not kill… ‘Vermin.’ They believe the souls of the animals are eternal. Even one of their gods is even an elephant. There was an outbreak of ‘Bubonic Plague’ where over 15,000-humans died and yet they would ‘Not’ allow the WHO – “World Health Organization”… to eradicate the rats. The Virus was carried by Fleas… who were carried by the rats. Rats are… ‘more valuable’… than human life? … “Not!”
Sacred Cows… wander the streets and are fed. And yet, humans that live there in India, ‘starve to death’. Perhaps things are so ‘out of balance’ that they cannot see the real issues. Those same heathen believers… ‘sacrifice their children’… to their gods [small-g]. We do ‘almost’ the same thing here in America… with our “Abortion Clinics = where Innocent Children are Sacrificed = being Killed in their Mother’s womb”. On the one hand… respect for ‘lower’ than human life and on the other… “Murder of the ‘innocent’ children”… in the name of “Pleasure!”
(Genesis 7:8-9) Of the clean animals, = and = of the animals that were not clean, = and = of the fowls, = and = of everything = that creeps on the earth,
(Gen 7:9) two by two = they went in to Noah = into the ark, = male and female, = as God = had commanded Noah.

Had God intended… for us ‘not to eat meat’… this would have been a perfect opportunity… to clear the plate. The Flood destroyed both man and beast. To the nation Israel, God gave strict ‘Dietary Laws’ to keep them healthy. Perhaps an investigation of what to eat and what not to eat, would eliminate the… ‘Three Trillion Dollar a year – Diet Industry?” How many pieces of exercise equipment have you or do you… ‘Own?’ A correct diet will control most… overweight problems. Yes, vegetables are an important part of anyone’s diet… but it does not exclude …‘Meat!’

Did you know… that there have been extensive studies on diets? Have you even known a pregnant woman… that had a particular craving… for some food. Her body almost, ‘automatically’ desired, what was needed for her health and that of the baby… growing inside of her. Children given a choice in a ‘controlled food study’… eventually left the sweets and ate healthy good food. Our bodies are self regulating… “IF – We”… would only let them… lead us!

Some year ago… I was employed by “Krispy Kreme”. While going to classes on doughnut making at their headquarters in North Carolina, I was exposed to a plethora of the science of food. The instructor took a ‘raised doughnut’ right after it came out of the Fryer, before it was Glazed… and Squeeze out… “Two Teaspoons of Fat!” After seeing that, I seldom ate doughnuts, maybe only 6-a-month. My ‘knowledge’… regulated my… “Diet!”

“Hollywood” has warped our thinking…! They often use the ‘Most Beautiful’, the ‘Best Looking’… ‘Men and Women’… and hold them forth as… “Roll Models”… for us to emulate. Even the… “Barbie Doll”… has changed… ‘Boy’s & Men’s Thinking”… as to what is beautiful. There are No ‘Pornography’ Women’, who are “Ugly”. Never Once… do they put forth ONE… either man or woman… that has Character and an “Inward Beauty of spirit!” How can that be that we… are so blinded… by their Lies…? Even our music is meant to brainwash us…! So too does… “MTV!”

What about All… those diet plans that Americans buy and hardly used anymore? We are a “Quick Fix” – “Instant Potato” – “Microwave Popcorn” =… I Want It… “NOW”… ‘Society’. It took years to put on the weight… and it… “Will Not Come Off = So Easy!” Some spend hours to get that Special Look and Others, don’t care at all. No offense… but ‘Heavy Women’… Still Wear… “Make-UP and Perfume!” Most ‘Fat’ Men [notice I am not kind to my own kind]… rarely care about their weight, except for Health Problems.

How does this discussion… picture what is ‘really’ of issue here? We… ‘Feed or Destroy’ our Human Bodies… with food just as We… ‘Feed or Destroy’… our Spirits. Junk food will surely destroy our bodies just as junk input… will destroy our souls. Often times I have turned off a program… because of what it… was trying to do to, my though process. Have you noticed… “How Many Homosexuals”… are integrated in the new programming? Since when is… ‘Sexual Preference’… a criteria for society? “Absolutely Never!” It is… ‘Poison’ to our thinking… to believe what God has said, is not True! Simply read… “Romans chapter one and see for yourself!”

But he “LIED” to him…! Do you not think that advertisers and Hollywood and most Politian’s… will Not Lie… to you, to get what ‘they’ want? You have to be able to discern, “Their Agenda”… of those you deal with. I sometimes listen to ‘Christian Radio’. I am ‘not’ surprised by the products… ‘hawked there’… to the unsuspecting listeners. Just because it is advertized there… does ‘Not’… make it a valid or good product. Remember… “But he Lied to Him…!”

The next time… someone tries to get you to believe that… “Abortion” – the Killing of ‘Innocent Babies’ – in their mother’s womb – is ok – just remember this verse. So too… anything that goes against the “Word of God”…. Is ‘Not’ of God… Simply remember… “1Kings 13:18…“But he ‘Lied’ to him…!” When someone tell you the… “Vegan” is viable lifestyle… do not believe them. Simply check out… what God says in His Word…!

Do you have… your ‘Free Bible Software?’ This above link… will take you to their site. You can download it to your computer. I have used it to paste Scripture Verses… into my Blogs. I has many English translations of the Bible. It also contains Many foreign language translations. European, Asian, Middle Eastern Language and much more. There are Bible helps and maps, in addition to much more. They have the OT & NT in Hebrew and the NT in Greek, “Textus Receptus!” Includes is the Strong’s Concordance with word references to Greek and Hebrew. I often use ‘Word Studies’… to see the use of a particular Word, throughout Scripture.