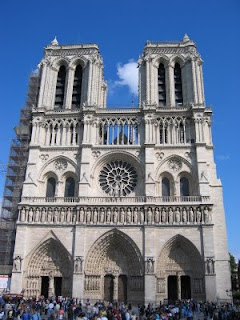 “Female Pastors – 101” Blog.
How about some ‘Hot Potatoes’… for this blog? I find I have to address this subject as there seems to be more and more… who are calling themselves… “Pastor”… when “The Bible” does not. There are ‘On-Line’ degrees and certificates that one can purchase. Does that add credibility to one… or… is it a Lie? When a church ordains one against… “The Bible”… does that still make them a …‘Valid Pastor?’
But first in Fairness… I must address those Male Pastors… who claim to be Pastors. Before when Yahoo had their ‘360’… I address many by their first name and ‘Not Pastor’, as they claimed to be. There are many… world wild… that have the title of Pastor… but ‘Did Not’ have the credentials. Most had attended No Bible School and obtained a degree in Biblical Studies!
Could “ANYONE”… make such a claim, without validation from the Word of God? “Yes”, they could and ‘MANY’ have! You would not, go to a doctor who did not have Medical School Graduation and State Certification… would You? How about the Pharmacist… that did not have a Degree or State Certification. So today, many men call themselves ‘Pastor’… without Bible School or even Seminary.
(Ephesians 4:11) And He [Christ] gave some, = apostles; = and some, = prophets; = and some, = evangelists; = and some, = pastors teachers;

How can that be…? How can a female be a Pastor or a Minister and still hold to the “Truth of the Bible?” Sorry, they cannot. The Greek NT agrees in Person, Number and Gender. In the Greek the words in the above verse are in the… ‘Male Gender!’ If you will use the Bible as your Point of Reference… you will not be Confused… by someone’s false claim.
Today, Political Un-Correctness… has so permeated the Churches that one cannot tell Lies from Truth – except they use the Bible. I know of a Practicing Female Homosexual Pastor… who runs a church for both the male and female… ‘Homosexuals’. When I shared… “Romans Chapter one with her… I was told that… “Romans was for the ‘Romans’ and not for Americans!”
Today most want “Titles”… to validate their existence in the Churches. Unless the Bible defines that position with its… “Truth”… it is nothing more than, “Just a title”. Did you know that the Pastors will be… “More severely Judged” by God… than the common believer? How much more than those that have used their Title… as the Pharisees and Scribes did… in the days of Christ Jesus!
(James 3:1) Not many of you = should become teachers, = my brothers, = because you know = that we who teach = will be judged = more severely.

Recently I had someone… ask me “Why not a Female Pastor?” She was a ‘Female Pastor’ and was hostile towards anyone that would even… ‘intimate’ that she was not qualified. Yes, there are some denominations that have left… the Authority of the Bible… and ordained Female Pastors. Yet the Bible has never made such a Validation. But there is in the Word… a Bad Example of one… by her actions… that shows her real agenda.

Here is a factual example… of a woman in the position of ‘Spiritual Leadership’. Did you note that The Word said… ‘She saying, herself to be a prophetess’…? Where was the following that challenged her position? Unless one will stand on the Authority of the Word of God… they will be led astray willingly by the… Blind leaders of the Blind.

Today, many will not… challenge any wrong position in a Church. If they do, they will be deemed… “Critical – Unloving – Trouble Makers – and even Legalistic!” Before the return of “Christ Jesus”… do you think that His Church… the real Body of Christ… will be More or Less… Practicing… “The Truth?” How about Less…?

Did the Nation of Israel… continue in Obedience, to the Word of God, since given it, by Moses? Did they continue in Spiritual Growth… or did they Decline… in their relation with God and His Word? After the First [Solomon’s] Temple was destroyed, and the 70-years of Captivity in Babylon, and the rebuilding of the Temple and Jerusalem… Did Israel still continue to Not Follow God and His Word.

In the Books of… “Isaiah, Jeremiah and Ezekiel”… can one read about… “Heathen Idols”… in God’s Temple. The Glory of the Lord… departed… and they still continued their “Hollow Worship of God!” No wonder they did not recognize… Christ Jesus… their Promised Messiah!

(Ezekiel 11:23) And the glory of Jehovah = went up from the midst of the city = and stood on the mountain = which is on the east side of the city.

If you were… to visit Jerusalem today, you will find the Eastern Gate… “Blocked UP”… and a graveyard, outside that wall. Do they really think that anyone will keep Christ Jesus from returning and setting up His Millennial Kingdom…? He will enter in… the Eastern Gate!

So today, there are… Many involved in what is called… “Church or Worship Services”. Many are not qualified by The Scriptures to be in positions of Spiritual Leadership, Influence and Teaching. Many today want the Title… but are Not Biblically Qualified… to fill the position. Christ Jesus choose… “12-men to be Apostles”… and… ‘no women’ were chosen.

(Matthew 19:28) And Jesus said to them, = Truly I say to you that = you who have followed Me, = in the regeneration, = when the Son of Man = shall sit in the throne of His glory, = you also shall sit on twelve thrones, = judging the twelve tribes of Israel.

Right about now… there are some women who are saying… “That is Unfair!” Well first you need to understand that… Salvation is by Grace Alone… and is given to… “ALL”… Men, Women and Children… on the same basis of Faith. But “ALL”… do not have the same… “Opportunity to Lead!”

It is NOT like that… in the Workplace. Someone, either man or woman, has to be the leader. In the ‘War in Iraq’… Private Jones did not say to Sergeant Baker… “Hey Sarge, I think that I will just sleep in today!” Nor does the Co-Pilot… tell the Pilot… where the plane will fly today. ‘Secular Leadership’ is unlike… “Spiritual Leadership”.

When was the last time… you aloud your child… to tell you… What ‘To Do or Not Do?’ Absolutely Never! You are the boss and not the children. At the foot of the cross… we all come, male and female for Salvation. But not for… “Spiritual Leadership”.

In this Chapter… both Aaron and Miriam ‘questioned’ Moses leadership position, Num 12:2. But only Miriam was given leprosy and not Aaron. Is that enough for you to ‘Believe the Scriptures?’ God has ordained… Only Men… in positions of Spiritual Leadership.

If you will notice… in the book of Revelation, there are mentioned the “Twenty Four Elders” in several passages. In “Matthew 19:28” there are the Twelve Apostles. Who then make up the rest of the 24? It is the Patriarchs of… the 12 Old Testament Tribes. All of these were Men. None of these were women.

Ok so it is… the Word of God that ‘Validates’ this Truth. But do you women realize… that you have a… “Sphere of Influence”… that a man does not have? You are the ones… who primarily raise and train the… “Children!” They are there for you to lead and influence. What a privilege was given to you… and not to the Man.

Could it be… that the Church has lost its way… in departing from the Complete Authority of the Word of God? Today many new organizations are springing up… without the denominational label or without even claiming to be “A Church!” I know of several, where they use the ‘Term’… “Community Church or Fellowship”. You may be almost sure… that they say they Believe the Bible… but… “In and By Practice”… They Do Not!

Remember that ‘Numbers’… do not validate their “Truth, Position or Doctrine”. There are many large congregations, who are nationwide… and will readily ‘hide’ the fact… “That they do not hold to… “The Bible” as the ‘Final Authority’… in Every Spiritual Matter!”