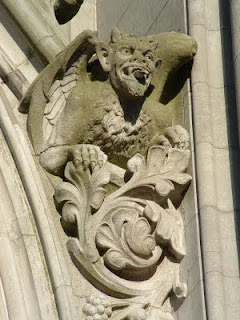 “Tongues & the ‘NT Church’ – 101”…Blog.
Recently someone sent… me an email about… “Tongues”… in the NT Church supposing it to be ‘evidence’ of one having experienced being… “Born Again by the Holy Spirit of God.” My immediate though was… “Suppose one could not Speak = being a Mute”… what would be their evidence if… ‘Tongues’… were supposed to be ‘the evidence?’ I simply went to the Scriptures… to “Prove or Disprove”… their presupposition.
(Romans 8:14-15-16) For = as many = as are led by = the Spirit of God, = they are = the sons of God.
(Rom 8:15) For you = have not received the spirit of bondage = again to fear, = but = you have received = the Spirit of adoption = by which we cry, = Abba [Daddy], Father!
(Rom 8:16) The Spirit Himself = bears witness = with our spirit = that we are = the children of God.

IF you will simply… read “ALL” of Romans chapter eight… you will see the position of the “True Child of God = and = his or her relationship with both God and Jesus through the workings of God’s Holy Spirit. This entire chapter verifies our position as a… ‘True Child of God’. It is the fulfillment of John 7:37-39 as Christ Jesus promised the Holy Spirit! Please stop and read… “Romans 8:All”… over before reading any more of this blog.

People are like sheep… and will follow the lead of their ‘Pastors’. Many of whom… “Do Not” believe… in the… “Complete Authority of the Bible”… for the Believer. Perhaps if you will see what Christ Jesus said in… “Matthew 4:4 & Luke 4:4”… you will understand this point. Christ Jesus simply quoted ‘God’s Mandate’ from… “Deuteronomy 8:3”.

The next question… is to ask: “Is Satan’s Work… ‘in or out’… of the Churches?” I will use the Scripture… to answer this question. It is “Both”. He has the world blinded to the Gospel… and he works in the very churches… primarily by substituting… “Experience”… for the Word of God. Say it isn’t so? How then do so many False Preachers & Teaches… lead so many astray?

Those are “Exposing” verses… that the average Church attendee my never hear from the Pulpit. ‘Satan’ does not want the people to know about how he works in Churches and how he does it. Consequently if one… does not study the Scriptures on their own… they too, many be fooled and deceive by… “Preaching that ‘is not’ based on, the Complete Authority of the Bible!”

How then does One… know if what is being taught is… “Truth or Error?” How about a temporal world example first. The News… hardly ever tells all the Truth. Most of it is so… “Politically In-Correct”… that they cannot discern the ‘Real Truth’. So it is that some outlets like …‘Fox News and Rush Limbaugh’… will really tell us what ‘The ‘Truth’ is: by exposing… ‘The Lies!’ This parallel can be seen in the Church also.

(Acts 17:11) These people = were more receptive = than those = in Thessalonica. = They were very willing = to receive the message, = and = every day = they = carefully examined = the Scriptures = to see if = those things were so.

When was the last time… you heard a message at Church… and took a copy home and Proved It… with the Scriptures? I had someone say to me… ‘That is a lot of work and besides what do we pay the Preacher for Anyway?’ May I simply ‘Ask’… “Where is Your Responsibility to Christ and His Word?”

Ok, so what does… all this have to do with ‘Tongues’ in the NT Church? As we have seen, Satan comes as… ‘An angel of light to deceive the Blind’… But does he also work in ‘False Religions?’ How can they be false if we all Believe in God? Because they are ‘Not All’… the “God of the Bible”. Is their belief in their… god [small-g]… Wrong?
“Absolutely Yes!”... There are ‘Tongues’ being practiced… in MOST of the “False Religions” of the World. ALL Major World Religions have ‘Tongues’ in their religious services. That is Not to say All… in Each and Every Service! The Shinto in Japan, = the Islamic in most of Asia, = the African Tribal Religions, = the Buddhist monks = and the list goes on and on and on!
To understand “Tongues”… from the ‘Biblical Perspective’… one must examine the Scriptures to see if there was in fact… a practice in the Early Church… and to what ‘Extent’. Also did these… “Sign Gifts” which include healing and miracles… continue or were they done away with. Did you notice I said… “Sign Gifts?” These were used… To Validate… not only the Message but the Messenger!
Today there are… No NT Apostles. There are only “12 NT Apostles” as validated in… “Matthew 19:28”… by ‘Christ Jesus Himself’. Judas as we all know defected and was replaced by Paul as validated by… “Galatians 1:1, 1Corinthians 1:1”… and other verses. If someone calls themselves a NT Apostle… he is a “Liar!”
(Acts 2:4-to-8) And = they were = all = filled of the Holy Spirit, = and = began to speak in = other languages, = as the Spirit = gave them utterance.
(Acts 2:5) And = dwelling at Jerusalem = there were Jews, = devout men = out of every nation under heaven.
(Acts 2:6) But = this sound occurring, = the multitude came together = and = were confounded, = because they each = = HEARD = = them speaking = in = his own dialect.
(Acts 2:7) And = they were all amazed = and = marveled, = saying to one another, = Behold, = are not these = who speak = all Galileans?
(Acts 2:8) And = how do we each = = HEAR = = in our own = dialect = in which = we were born?

Simply Put… This was a “Hearing Miracle!” Most of those strangers that came to Jerusalem to celebrate the annual Passover… were from other countries. In Acts 2:9-10-11… there were at least… “18 other Languages”… stated there… yet each man… “Heard”… in his own mother tongue [Language]. They too were… “Known Languages”… as stated by the Text. They “Were NOT… Gibberish”… as practiced by so many of the Churches today.

Do you Obey… the “Word of God”… in your practice of Tongues? I have visited many Churches that practice Tongues… and… find that they Do Not! First… do you “Know”… what The Scriptures says about the… “How To of Tongues?” If you do not “Know”… how then are you practicing them? Perhaps a short look at… The Scriptures?

A Pastor asked me… “We practice Tongues in our Church”… and I am concerned about that! I simply asked him, ‘Are there those there that Claim to have that Gift?’ He replied, ‘Too Many!’ I simply told him… “HOW”… he could validate “IF” they were… “Real Holy Spirit Tongues”… or just plain Gibberish or even Satanic Tongues.

Take a Tape Recorder… and you and two others [Matthew 18:16] in the same room… ‘Record those Tongues’. He did so with many that claimed to have that Gift! Then I asked him… how many have the “Gift of Interpretation? [1Corinthains 14:26-27-28]. Have them ‘One by One’… each come into the room… “Separately”… and “Interpret the Tongue”… and Record their ‘Interpretation’. Compare… what was said… and what was interpreted… with The Scriptures!”

Most Churches that I… have visited have those that Interpret… ‘In the King James Bible Version!’ Wow! The Holy Spirit does not use A Particular Translation = JKV or the NIV or the NASB. He uses “The Truth” of the Word of God! You see ‘Most Churches’… that Practice Tongues… do not do so using… 1Corinthains 14:1-to-33… nor do they Validate the Tongues… as I have suggested above. By the way… that Pastor left his Church for another without tongues.

Once again… may I take you back to… “The Complete Authority of the Word of God”… for the Real Born Again Believer? It is to be our “TRUTH!” “Nothing More”… “Nothing Less!” “Experience”… cannot be substituted for… “The Truth!” Again Satan will infiltrate the Church to cause Confusion. Remember… “1Corinthains 14:33?”

Have you ever seen a… Church Sign… “Full Gospel Church?” What they are saying is that ‘Their Church’… has the ‘Real Truth’… and ‘All’ other Churches… “Do Not Preach the ‘Full’ [Total] Gospel!” They are indicative of the… “Gnostics”… a cult that sprung up in the early Church Age… to add confusion to the ‘Pure Gospel’. It is no different today!

There is a Battle… now ongoing for… “The Truth of the Word of God, The Bible.” Most do not… “Read & Study”… their Bibles enough to even know… “Truth from Error!” How about You? If you have not in the Past… Will YOU = now dedicate some time and effort to… “Know and Study… the Word of God?”