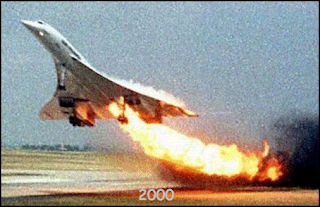 “Too Late – 101”…Blog.
When is it… ‘Too Late? Most of us have at least one ‘Email’ address. I have several and check the independently. Some of my important Emails I have reserved for Banking information which includes Credit Cards. I also have that dedicated for my Insurance information. My other emails I have for… ‘Chat & the like! Often times I have been sent an offer for a sale and forgot to reply only to find that it had expired…! Too Late…!
How about the Movies…? I generally do not go but wait till they come out on DVD. When I did go to them some years ago, I always went early to get a good seat. But even though there was always plenty of time for those that plan… there were always those… that came in after the movie had already started. No I do not mean the previews… but the actual movie! Some even 10-minutes after it started and they were… “Too Late…!”
Have you ever… gone to the airport with plenty of time and found that you were… ‘Too Late?’ No you never were because you went there… with plenty of time. I used to fly for business… and never in 5 years missed a flight. Often times I have seen people arrive ‘Late’ to their departure gate only to find that the plane had left. ‘Too Late…!”
When I fly now… for vacation, I am signed up with various ‘travel sites’ to get the best prices. Often times they will offer me a price that I cannot afford… ‘To miss’. I traveled to London UK, for only $350 round trip! I could not pass that up and I was not… “Too Late…!”
During the Christmas Season… some of the stores have ‘Special Items’… in a limited number. There are lines of people waiting for ‘days’… to be the first to get the item. One person in a news report… went to the person at the head of the line and paid $500… just to get the item. “Bragging Rights”… was all he got. One week later the stores had all you wanted. If he had… ‘Only Waited’… but he was… ‘Too Early to be… Too Late!”
http://www.sears.com/shc/s/p_10153_12605_00910600000P?keyword=tool+chests%2C+stainless+steel
Most of us… including myself put off till tomorrow… what we can do today. I have a ‘walk in’ closet that is waiting for me to clean it. So, recently I bought myself a… ‘Roll-A-Way’ stainless steel tool chest from Sears. It was on sale and I saved $150 over the listed price. I have been cleaning my place and putting away those “Things” of importance into my chest. Some of my important tools and camera equipment have been moved there. Now I can ‘never’ say that I cannot find them because I was… “Too Late…!”
How many of us… do not pay our Credit Card bills early?’ I ‘always’ pay mine immediately when they show up on my account. I do not wait till the due date. Consequently… in a good way I… have a very high credit rating [Deacon Score]. Why do you think that so very many people are strapped financially? It is because… they have ‘spent more’… than they ‘had’ or… even could ‘afford’. They had to have… “It Now!” They are soon trapped in the… “Cycle of Debt”… and are… “Too Late…!”

Have you planned… to drive somewhere to attend a show? I often go to ‘gun shows’ located in Florida and sometimes have to drive quite a distance. There is one in Miami that I am planning on attending. It is in September and takes about ‘5-hours’ to drive there from where I live. I plan to take a “Mini Vacation” also that weekend. But my plans need to be finalized so that I may soon book my motel on… ‘Miami Beach’… so that I will not be… “Too Late…!”
An uncle of mine… went into the doctor and then to the hospital, because he did not feel very well. He had been in ‘Excellent Health’… all his life and could ‘never’ remember being sick a day in his life. Thus he ‘never’ went for his ‘annual checkup’. The doctors found that Cancer had invaded his entire system and later that week he ‘died’. Had he gone to the doctors annually… he would not have been… “Too Late…!”
http://www.youtube.com/watch?v=JNsnGbi3uJY&feature=related
Do You, Remember “9-11”… and how you thought about God? The churches were packed to overflowing… by those that never attended church before. They did now know what the future held and were… “Terrified by other - possible Terrorist attacks!” Now since then… have you even thought about God? What are you waiting for or are you going to wait till it is… “Too Late…?”
(Hebrews 9:27) And = as it is appointed = to men = once to die, = but = after this = the judgment,