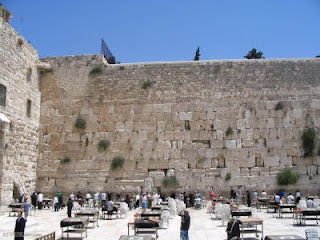 To continue this… discussion of Evangelism, we need to continue with these thoughts stemming from the above verses. It is the ‘Agenda of Evangelism’ in order to point others… to Christ Jesus. The Lord God… has sewed… “His Truth”… throughout ‘His Word’… and the ‘Laborers’ are those that belong to “Him – The Lord God!” ‘Once again’… “Only those truly forgiven… can tell others about Forgiveness!”
(1Corinthians 9:16) For though = I preach the gospel, = no glory is to me. = For necessity = is laid on me; = yea, = Woe is to me = if I do not = preach the gospel!

Have you ever… goofed off at work and been on the internet, when you weren’t supposed to be? Most of us have, ‘Myself included’. But when I became… ‘Born Again’… my spiritual ‘eyes & ears’ were opened and I had a new awareness of… “Right & Wrong”. I worked in Manufacturing where we had two 15-minute breaks a day. I would be back at my work station exactly when… the 15-minutes were up. Often times I had someone say to me… “You are making us look bad by going back to work!” In reality I did ‘nothing wrong’… I simply “Obeyed” my employer’s Rules!

So too is it… when someone calls the ‘Name of Christ Jesus’ and… says that they belong to Him. Their responsibility is directly to Him and ‘Obedience’… to His Word. May I ask you, “Do you call His Name and say you belong to Him?” Well, if you do… then perhaps you have ‘a responsibility’, that others do not have… that do not belong to ‘Him’. Water… will always seek its lowest level. So too, in this secular world… most people will just do, the minimum.

I have been in Workplaces… where there were ‘Other Christians’. Some of them would goof off and had a bad testimony among the unbelievers. I have had some come to me and tell me, “Joe is a Christian and is the biggest Slacker in this place!” I never made an excuse for Joe, but simply said, “How about you tell him… what you just told me?” They, never did.

You see… ‘God’… has placed His children in this world… to let their ‘Light’ shine. Do ever think that Bill would listen to Joe… ‘Speak about Jesus?’ Your Evangelism is… “What and How and Why… you do and say… in your Workplace, be it even if you are a Homemaker!” I had worked for an Armored Car company and was promoted to ‘Crew Chief’ in 6-months. Others who had worked there ‘over 3-years’… were never asked to fill that position. It was my… ‘Work Ethic’… that got me promoted. I came with the attitude that I was working for… “Christ Jesus!”

Salvation cannot be bought… with money, wealth or “Any human commodity”. If that is so [which it is]… then it is the… ‘Most Valuable’… thing on “Earth for Eternity!” Being ‘faithful’… in the temporal things of life… simply indicates ‘how’ you will be with… “Spiritual Things!” Something as simple as… paying your bills on time… is an indication of how you are with temporal responsibilities. Perhaps if you will view the Gospel; as those… ‘True Riches’… that last for eternity… then you will view differently… “The Responsibility of Evangelism!”

God does use… those that are… “Faithful to His Word!’ Have you ever gone out to a restaurant where the food was absolutely lousy? I have, never to return again! Upon paying my bill, I told the manager how bad it was. His reply, “Why didn’t you just send it Back?” That sadly seems to be the attitude among some Christians…who try and ‘Evangelize’ the lost! “Well if you don’t like it from me, perhaps you will hear it from someone else?” Because… the ‘Price’ paid for their Salvation is ‘not precious’ to them… so neither is their ‘presentation’ of… “The Gospel of Truth!”

Those who Evangelize others… "Hold Precious the Blood of Christ Jesus" and the price this God Man… paid for us helplessly lost sinners. Surely you wouldn’t allow… ‘One of your children’ …to die in the place of… ‘A Serial Killer’ or ‘A Pedophile’ or even ‘A Terrorist?’ And then have their sentence… commuted as ‘Paid in Full’… would You? Christ Jesus… the Perfect God Man… took our place… for our death… and commuted our position as… “Paid In Full!”

Perhaps when one… realizes the real… “Price Paid”… for our redemption, the Gospel becomes even more valuable. Are you His worker and are you willing… ‘To tell this’… “Good News / Bad News”… about this “Precious Redemption” available for ‘all’ mankind? Remember the Gospel contains a warning included… ‘To All’… that will ‘Reject’… “God’s free gift of Grace!’

Some tell me… that I only emphasize the ‘negative’ aspects of the Gospel. That is not true as you may read through my Blogs and find out for yourself. Did you know that… “Christ Jesus”… spoke more about ‘Judgment and Punishment’… than He did about ‘Heaven and Rewards?’ To test this… simply take your Bible and read through the Gospels… comparing verse to verse!

But People Only ‘Want’… a positive message, I have been told. IF… you had Cancer, THEN… would you want the doctor to give you a ‘Positive’ message… “OR”… to tell you what was… “Really Wrong” and offer a solution? We are all born with the “Cancer of Sin” and live our lives are lived in the ‘Fear of Death’. Say it isn’t so? Why do so ‘Many’; practice such harmful and destructive behaviors? They cannot set themselves free… from this power of sin.

Only God… can set each of us free from ‘our violation’ of the Law of God and from the power of Sin that lives within us! These demands of… ‘Righteousness’ and ‘Holiness’… cannot be obtained through the power of the flesh… that is from within ourselves. Many clean up the outside and the inside remains ‘debauched!’ I have had people tell me, “I’m not really that bad!” Surely, when we compare ourselves to… ‘Others’… we look better than they are. Yes, even that person… you were just thinking about!

Evangelism is simply… sharing “God’s Grace and Redemption”… with ‘Others’. Remember we cannot lead others… “Any Further than WE… ‘Ourselves’ have come!” Knowing God’s Word and His Truth… “Is not Like = A College Degree!” There is ‘No Seniority’ in the kingdom of God, neither is there position based on any… nationality, color, or heritage. Just because you are Born Again… does not mean any or all of your children will be!

(2Corinthians 7:1) Since = we have = these promises, = dear friends, = let us = cleanse ourselves = from everything = that contaminates body = and = spirit = by perfecting holiness = in the = fear of God.

Each ‘One’ of us… will have to answer to God… “Individually”… for what we did with, “His Son Christ Jesus!” Some ask me why I use the term… “Christ Jesus”… rather than ‘Jesus’ Christ?” Simply it is because… “Christ means, Messiah!” The Promised One… the Savior of all mankind, to the Jew first and then to the Gentile. It also reflects the Old Testament Scriptures… where He can be seen… throughout.

Throughout the OT… the Jews celebrated the “Passover Sacrifice!” This was a remembrance of being set free from the Bondage of Slavery in Egypt. Surely you all remember the deliverance written in Exodus and Deuteronomy. There… “The Ten Commandments?’… the basis for the Law of God, can be seen. So too… “Christ Jesus”… came to set us free… from our bondage of Sin/Sins. “Sin is the… ‘Root’ / ‘Sins’… are the Fruit!”

Are you willing… to submit yourself to God, as a disciple of Christ Jesus and go into His Field and help His harvest of those that would come to Him… “Only on His Terms?” Well I thought that… “Believing in Jesus was Enough?” It is… IF you have the ‘Right Belief’… based on the ‘Right Information!”… found in His Word. Especially here in America… there is a wrong belief in… ‘Just Who’… Christ Jesus really is. ‘Most’ believe Him to be… the son of God… “But Not God!” That is a … wrong belief… in ‘Christ Jesus!’

Which “Jesus”… do you share with Others? “Who = He Is”… is as important as… What ‘He’ has done… in the redemption of mankind. A clear understanding of Him and His ‘finished work’ on the cross… “His resurrection and having demonstrated His power and authority over Death”… will give you a ‘clear message’ to share with ‘Others’… simply called… “Evangelism!”