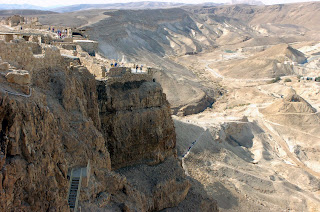 “Evangelism – 701” [7-of-?]…Blog.
(Matthew 9:37-38) Then He [Jesus] = said to = His disciples, = The harvest = truly = is plenteous, = but = the laborers = are few.
(Matt 9:38) Therefore = pray to = the Lord [God] = of the harvest = that He = will send out laborers = into = His harvest.
Again, continuing this… ‘Ongoing’ discussion of “Evangelism”, we need to use the above Bible verse as our ‘Agenda’… in ‘ALL’, that we ‘say and do for… “Christ Jesus} and “The Kingdom of God the Father”. We can do nothing for Evangelism… without the ‘Grace of God’ working in our ‘Obedient’ lives. If you… are not obedient to the Word of God… how then can you… point and share with others… “God and to His Word”…?
Since the last Blog… I have been asking Christ for more ‘clarification’ on this subject from the Word. I have suggested that the Gospel is… “Not Believing”… But a ‘Repentance’, that leads to a “Faith Belief”. The violation of the ‘Only’… “Holy God and His Word”… is what mankind needs ‘To Repent’ from. Just asking for forgiveness from God… is not Repenting. Perhaps Christ Jesus said it best here…?
(Matthew 5:23-24) Therefore = if = you offer your gift = on the altar, = and = there remember = that your brother has = anything = against you,
(Matt 5:24) leave your gift there = before the altar = and = go. = First = be reconciled to your brother, = and = then come = and = offer your gift.

Somehow here in America… Many have been… ‘Wrongly Taught’… that all we have to do is ask forgiveness from God… ‘Alone!” This verse says something ‘entirely’ different. How can one say… ‘He or She = Loves God’… and let a ‘Wrong’ go on… “Un–Confessed… “WITHOUT”… those ‘Actions’… that are part of “Repentance”…?” I had previously used the example of… Stealing $10,000 and then Repenting before God and then… “NOT Returning the MONEY!”

This verse implies… that just asking forgiveness, which is ‘Not’ followed ‘with’ “Works of Repentance”, is taken notice by God. “True Worship”… means that one… will have ‘not only’ a “Vertical Repentance to God” but also a… “Horizontal one towards = the One = Offended!” Simply put… “Repentance without Repentance Restitution”… is ‘Not True Biblical Repentance!’

No, I am not suggesting… or even implying that you go the graveyard to make restitution to someone who is dead. But if you have caused harm and violated the Word of God, make ‘all possible restitution’. If you have stolen ‘monies or securities’, then go to the heirs and make restitution. You may never hear that from the Pulpit, but it is what is the theme is…‘Throughout the Scriptures!’

(Matthew 27:3-4-5) Then he [Judas] = who had betrayed Him [Jesus], = seeing that He was condemned, = sorrowing, = Judas = returned the thirty pieces of silver again = to the chief priests = and elders,
(Matt 27:4) Saying, = I have sinned, = betraying = innocent blood [Christ]. = And = they said, = What is that = to us? = You = see to that.
(Matt 27:5) And = he [Judas] = threw the pieces of silver down = in the temple = and = departed. = And = he went = and = hanged himself.
This Repentance was… ‘Not’, followed by… “Confession to Christ Jesus!” So many times we think that ‘Repentance’… is only to God. It is not, because ‘Repentance’… has to be carried out towards… those we have offended. Have you harmed someone by your actions…? Have you asked forgiveness from God… but Not that ‘person’…? Then leave your… ‘Worship of God’… and go and get things right with that person you, have offended. They may not respond to you asking for forgiveness. Your try is evidence enough. Of course, if you can’t remember where you have harmed someone… simply ask God… and He will help you remember!

Today relationships are… crashing everywhere. There are more divorces among those who say they are… “Christians”… than among those that ‘do not’ claim to be… ‘Christians!’ Something is very wrong! How can one claim ‘forgiveness’ of their sins from God… and then not forgive their mate…? Most remarry, several times, committing adultery and again and again. Perhaps open your Bible to… “Mark 10:11-12”… and see what Christ Jesus said about this…?

“Sexual Sins” are… probably ‘the most harming’, more than stealing monies or securities. You have taken a part of… ‘the soul’… of that person. You ‘take & give’… that which is ‘not right’ in the sight of God. Marriage is “God ordained as Good” and is reserved for those… “Sexual Pleasures”…! Most have never visited the… CDC website… and viewed the plethora of “STD’S!” Once you have herpes… ‘you have it for life!’ AIDS which stays dormant for from ‘2-to-7-years’ brings with it… ‘A Death Sentence’. Confess and repent of your sexual sins to God…!

Most today are like… dogs! They take and give sex… without any thought of ‘the harm’ they do to the soul of the other. Of course, ‘you’ will blame it on the media and say ‘you’ could not help yourself! But if you have, become a Christian and you should have ‘repented’ of those sexual things you did. Perhaps you go to church with those very persons you have committed those sexual sins…? Have you ever… Repented of them… to God and that other person..?

(Hebrews 9:14) how much more = shall = the blood of Christ = Who = through the eternal Spirit = offered Himself = without spot = to God = purge = your conscience = from dead works = to serve = the living God?

That confession and repentance… will break that… ‘Power of Lust’… that could come back and haunt your Conscience. The mind will come back to show you the sins of your past. Only ‘Confession and Repentance’ can break that power. Confession alone is between you and God. Repentance is between you and another. And NO, I not saying… to spend your life running down your past sins. ‘IF’ the opportunity presents itself… ‘THEN’… Go and ‘Confess and Repent’… those actions…! Use that as a point of ‘prayer for slavation’… towards and for another…!

Perhaps think about this… a while and you will begin to realize that… “Repentance is the… ‘Siamese Twin’… of Believing Faith”…! One cannot have conviction of Sin… without Repentance of that Sin… that leads to… “True Biblical Faith!” Many of the youth today, that have grown up in families where the parents were Christian… have left their “Faith”… when they left home. Perhaps it is because, that ‘Belief’ never had the teaching of “Confessional Repentance”… that leads to True Biblical Faith!

How can one… ask forgiveness from God, after you have sinned against another… and not Repent of that sin…? Repentance changes ‘not only’ the mind… But the motivational actions [fruit] of that one’s life. If you continue to Lie… and go to God and confess your lying… over & over & over… again, what would you call that…? Obviously, one is only going through the actions of confession… without… ‘True Repentance!’

Christ Jesus was using Hyperbole… ‘an exaggeration’ of “490-Times” to get a point of positional forgiveness that we extend to one… “That Repents!” Many people will look at “Matthew 18:21-22”… and “Completely MISS”… those verses in… “Luke 17:3-4”. Did you notice… “Rebuke Him [Her]…?” IF one was allow another to… continually and repeatedly… sin against us… without rebuking that one… are we ‘really’ concerned about their… “Spiritual Condition…?” …”Not!”

When ‘one’ that I know… who calls the Blessed Name of Christ… “Openly Sins”… against me; … “I rebuke them”… with the “Word of God!” Most have called me… ‘Critical’, ‘Legalistic’ and yes, Even… “Un-Christ Like”…! Most will not even ask for ‘forgiveness’ or say they are sorry… when their ‘wrong’ is pointed out. Is this the teaching of ‘Scripture or Not’…? Simply ask yourselves… ‘Did Jesus Rebuke any of His Disciples?’ And did He Rebuke the religious of His day… or Not…?

Somehow with ‘Bad Teaching’… Many have misconstrued what the Gospel really teaches about… “Repentance!” So many have… ‘Graced Away Sin’… because no one has called ‘sin’ by its… “Proper Name = SIN/SINS!” It is mostly disguised in and by… the foggy blanket of forgiveness… that has led to… “License!” “Gracing Away”… “The Wrong”… is even worse than “The Wrong!” In both of the above verses, neither ‘Christ Jesus’ nor ‘Paul the Apostle’… would allow… “Wrong Biblical Behavior!”

A Godly Repentance… about “Sin/Sins” causes a… Repentance that leads to Salvation! Earthly repentance mourns the loss of this world and its pleasures. That is only a ‘Regret of Loss”… and not a… “Godly Sorrow of Repentance” towards… “God” = for ‘our’ violation of… “His Word = His Law!” If you truly, love God… then you will, Love His Word! That love of His Word… will bring you the wisdom and grace… to live out ‘His Word’… “In Your Life!”