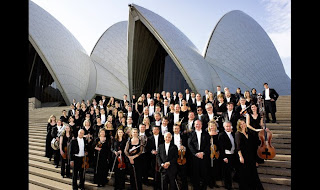 Recently someone asked… my opinion of Music. Often times people ask and then get offended by what I have to say. Some just… write me off. I wonder why I was asked in the first place? No, I do ‘not’ believe… that I have the definitive word… on any subject or topic. I simply go to the Word of God, the Bible and… ‘See & Say’… what “He – God” does. Did you know that I do not force anyone to read these blogs? Not am I willing to ‘Pay’ anyone, either! …LOL!

There are only two… classifications of music as far as God is concerned. Secular and “His!” Did you know that in the Bible, the book of Psalms, was the hymnal for God’s People. I love the Psalms for they are full of ‘teaching’ [doctrine] about God and His workings with mankind. Throughout the Bible you will find Truth… referenced in the Psalms. One might say that it is sort of an… ‘abbreviated Bible’… not that this is even possible, I use it only as an example.


“Secular music” can classify… ‘Any & All’, other music. My preference in music is mostly Classical. It has a definite structure like none other. Perhaps that is why Classical music has endured the ages and is always in ‘Vogue’. I also like some of the “60’S” music as it is not corrupted like ‘Rap’ and the rest of the ‘Noise’ called music. Much of today’s music is more …‘Screaming’… rather than a melodious singing and storytelling.

“Every Song… Is a Sermon… Either for Good… or for Evil”…!


Next someone will say… You are “Judging” and Christians are not suppose to Judge. That my friend, is simply a misunderstanding… of “Judging”. Perhaps if you will read my blog on the subject of Judging, you will have a correct Biblical understanding. Think about the Words of that rap song about “Cop Killing?” Is that not a ‘sermon’ to do evil… in itself? I would simply caution you to think things through and not just react… with emotion, to your personal preference.


Ok how about… examining who Satan was before he rebelled against God. One has to only read … “Isaiah 14” and “Ezekiel 28”… to get an overview. And what he has “Morphed” into, to ‘Completely Fool’… mankind and blind them with darkness and lies. He is the Father of Lies, “John 8:44”… just as Christ Jesus said. Before his rebellion against God… he had the ability… “To Make Music”… as part of his ‘angelic bodily’ makeup.

Lucifer now Satan… has the ability to make music… “Isaiah 14:11 & Ezekiel 28:13”. When he rebelled against God, and was “Cast Out”, along with “One [Revelation 12:4] Third” of the angels, he took that ability ‘with’ him. Do you remember the band, “KISS” [Kings in Satan’s Service]…? I read an interview that they said they dedicated their music and songs to him. There is even more as… Satan… now can make himself look as an… ‘Angel of Light’. Joseph Smith who started the Mormon religion was visited by an ‘Angel of Light’. He was told that there was ‘No Truth’ till it was revealed to him, on the golden plates… to start Mormonism

(2Cor 11:15) Therefore = it is no = great thing = if = his ministers = also transform themselves = as ministers of righteousness, = whose end = shall be = according to their works.


Unless ‘one’ is knowledgeable… of the Word of God, ‘The Bible’… they can easily be deceived, by not knowing, where the music comes from and what is the “Agenda”… of that music. Much of the lyrics of music are… “Anti-God’s Word”. Say it isn’t so? How about a simple song like this one? Is… “Feeling”… the requirement for “Truth?” Or is Truth the requirement?


Now, I am ‘not’… saying that all secular music is of Satan. Much of it is by mankind, who has chosen to leave God out of his life. Why then, would he include ‘Him’… in music? Beside how could or can I tell… if the music is in rebellion against God? Here is a very simple way to tell. Just how do the Words… measure up on what God says… in His Word, the Bible? Are children to obey their parents or not? How about in the “10-Commandments”…?


Here is a song… about a son that committed Suicide because he was not allowed to marry his girlfriend. His solution was simple… “Suicide”…! His girlfriend did so and he would too. Just like the classic literature… “Romeo & Juliette” and their suicide! One is exposed to… “Anti God Thinking”… much easier through music… for it has an appealing tune. “Suicide is Never Right”…! Well, where then did that… ‘Thought’… come from? …Obviously ‘not’ God!


Now, I would like to address… “Christian Music”. There is a lot called ‘Christian’ in this world that is… “NOT!” What you see is not always what you get. I find that I… “Test”… and simply compare what I am listening to or watching on TV or even Videos. “IF” it has an “Anti-God-Message”… or even Profanity… I simply… do not spend my time on it. It may be pleasing to my mind… and at the same time, ‘polluting’ it with its own agenda… which is not of God.


Some slick shyster… decided IF you could put the words, “Christian” someplace in your advertizing, you would get a lot of… ‘non-discerning’ people… to buy your product. May I simply suggest, that is ‘exactly’ what happened in the Christian Music Realm. Many follow singers ‘falsely claiming’… that their music… was given them by… “God Himself?” I have heard many say… “God gave me this song and music!” When I open the Bible and compare what they said and what the Bible says… they got mad at me.

There is some good music… that I listen to that is called Christian, but not a lot. Somehow a substitution for the… “Pure Milk of the Word of God”… cannot be ‘Most’ Christian music. Yes, I know that is pleasurable to you and that you enjoy it. But does it give you… more knowledge about God and His Truth? Or has it become… a substitute for reading and studying the Bible…? Many call their Church services… ‘Worship’ services. Some are, but many are not. Most of the Sermon and Bible Preaching and Teaching… has been replaced with… ‘Entertainment Music.’


In particular, I enjoy… ‘Some’ the old hymns of the Faith. Many are filled with ‘Teaching’ [doctrine] about Bible Truth. Perhaps if most knew their Bibles better… they would see exactly what they are listening to in today’s music. May I ask you a favor…? Please open your Bible to… “John 12:44-to-50”…? Modern Christian music has replaced… “Much of God, Jesus and Lord”… with the pronouns… He, Him, and You. How about if “you”… were replaced with… he, she or you…?


http://www.cyberhymnal.org/htm/t/h/therepow.htm “Power in the Blood”


http://www.hymnsite.com/lyrics/umh110.sht “A Mighty fortress is our God”


One last thing… I am ‘not’ here to condemn your choice in Christian or any other music! That is between you and God. I am keeping clear, to allow you, to simply… “As God, about what you call Christian?” Another thing, many of the old hymns of the Faith… have had their music changed to be more contemporary. Did they get… “Permission from the [Dead] Author Himself or Herself… to change the tempo of the music”…? Did you ever hear of anyone coming to Jesus… because of Christian Rock…? … No such Thing! IF it is Rock… Then it is Not Christian.

“Every Song… Is a Sermon… Either for Good… or for Evil”…!