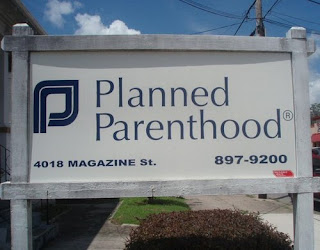 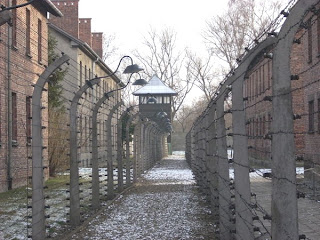 What was the “Final Solution”…? If you are a history buff, you understand what it is. It was the Nazi elimination of the Jewish population in Europe during WW2. The history channel has just published a new World War series in HD about this, and it is worth seeing. I thank ‘God, the God of the Bible… that I was not part of that war and all its ‘atrocities’. A reading of the Nuremburg Trials of war criminals is good reading, as the “Excuses” are revealed as… ‘We were just… doing our job… what we were told to do as Soldiers!’


So just why… did I start this discussion and ‘how’ does it relate to “America?” The testimony of those, living around the concentration camps… simply said… “We did ‘Not’ Know what was going on. I lived in Japan for two years. Two nights a week, one could smell the burning flesh exhaust from the crematories. It is a ‘smell’… that no one ‘ever’ forgets. So too, those outside of those concentration camps… “Knew”… what was going on.


A conservative estimate… is that somewhere between 10-to-15 million persons were killed as a result of "Nazi Extermination". Approximately 6-to-8-million were Jews and many other Jewish supporters we also killed. Every time I see those pictures… I lose my composure and break down and cry. Have you ever spent some time… studying this atrocity and its result? One Christmas season… I spent 9-hours viewing a video call… “Shoah.” It is a first person narration by a Jewish boy of 13, “Claude Lanzmann”, who now is an older adult.


Ok, so ‘what’ has this… to do with America…? We here in America… have stood by and said “Nothing”… as over “50-Million ‘Innocent’ Babies”… were “Killed”… in their Mother’s Womb by Abortion. That number is American Abortions only. Those are ‘not’ my facts, but those taken from Planned Parenthood [Planned Murder-hood]. Margaret Sanger, the founder of PP, went to Nazi Germany… and brought back the ‘Nazi’ philosophy about Eugenics. The selection of… ‘who was & who was not’… to live, is based on a social, racial and economic… profile.


Are ‘YOU’, sick to your stomach yet…? We here in America have “Exported” this technology and ‘corrupt’ medical procedures, to other nations. It is bad enough that America exports more Pornography, than ‘any’ other nation, but we follow it up with the… “Killing”… of the ‘Unwanted Children’. More, have been killed by “Abortion”… than by the World Wars, in countries throughout this planet… of “Supposed – Intelligent Humans? And still the killing goes and… and there is NO Crying for those “Innocent Babies”… Murdered by their Mothers!

What can I say…? Unless, ‘You’ are… Speaking out for the Unborn Innocent… who are to be Murdered… then “YOU”… are ‘no’ different, than those who, “Silently”, lived outside of the Concentration Camps during WW2. Say it isn’t So…? Are you so ‘indifferent’, about those… “Innocent Babies”… ‘who’ are about to lose their lives… that ‘YOU’… Will… “Keep Silent?”

Do you think… our “Failing” American economy… is just bad planning? Economic decisions are being now, in and by our Government… that will not only affect us now… but future generations to come. It will ‘NOT’… get better and ‘no’ amount of Government Bailout… can turn this “thing” around! It is all a “Spiritual” problem… that has extended temporal ramifications. You haven’t seen the worst of it… ‘that’… is still to come! “Exodus 20:13 You Shall Not Murder Innocent Life!

What ‘can’ you do “Now”…? Will you ‘today’… speak out for the “Innocent Unborn”… that are being “Killed”… ‘Every Day & Night’… in the Abortion Clinics…? Write the President, Write your Congressman, Write your Senators. Speak to your Friends, post on your Blog or on Face Book, Twitter or any Other site you visit… ‘But’…. “SPEAK OUT”…!


First… they came for the communists, and I did not speak out—because I was not a communist;

Then… they came for the socialists, and I did not speak out—because I was not a socialist;

Then… they came for the Jews, and I did not speak out—because I was not a Jew;

Then… they came for “ME”—and there was ‘no one’ left… to speak out for me.

Will YOU… Speak Out… for the Unborn Innocent Children… who are about to be Killed… the Planned Parenthood… “Chambers of Death”…?