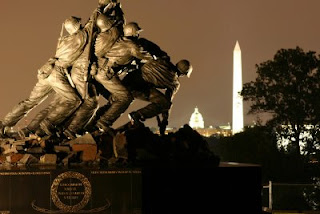 “Freedom -101”…Blog.
This July Fourth… America will celebrate its ‘Independence Day.’ Do any remember, independence from, ‘Whom’ or from ‘What?’ Of course for those that are up on their history, it was from England first and then from Europe. England had colonies all over the World. The many that came here, sought to be free from the ‘Religious and Political’ entanglements that Europe suffered.
“Power corrupts, and absolute power corrupts absolutely”.
The Novel Idea… that a nation could be formed as “A Republic” and not as a Kingdom was the beginning of Democracy. This Republic had ‘morphed’ into a democracy, but it was not so designed by the ‘Founding Fathers!’ Today after 273 years we can now see what has happened. Special status has been given to those of… perverted sexual preference… to the removal of rights of the whole.
Political Correctness… has replaced “Common Sense” and “Good Logic”. One of the Caesars of Rome which only lasted some 200-years, had a “Horse – as a domestic partner”. So today a special legal class distinction has been extended to some, under the guise of justice. “Hate Crimes classification” has shielded those that would pervert society and the family unit.
While visiting London… I like to visit their historical sites. Many of their monuments are a tribute to the lives of heroes who gave their lives in the protection of… “Right and Goodness.” Yet, the UK is under invasion from foreigners. Their religious heritage is in decline as it is tied to politics. Many empty churches are closed and more attend mosques than churches.
The Religious Invasion… can be seen in the New Mosque, which is being constructed with...

“Foreign Monies”… just across the street from the Olympic Park for the 2012 Olympics. Their freedoms are being circumvented by the Islamic movement. So they parallel “America” in their downward spiral to a second rate nation.
http://www.london2012.com/
“The Change”… here in America that ‘Many’ voted for… has come home to Invade us and Erode our Freedoms! I did not vote for, ‘Change’. ‘The Debt’ incurred and the… “One-Trillion Dollars a Year Interest”… has begun to “Remove our Freedoms”. These interest payments “DO NOT” even address the principle of this… “Change to Socialism… from Democracy!”
Living in the Past… and the many American freedoms and benefits are soon becoming a… ‘Thing of the Past!” The ‘Enemy of Socialism’ and the “Change ‘away from’ a Democracy” is simply making the USA look like the… European Model of Society! Thank you but… NO Thank You!
“Freedom can only be Freedom”… when it is Restricted. Without such restrictions it has become Chaos. The Enemy combatants held at “Gitmo” are being extended American Rights. And in Exchange, “American Rights” are being taken away from the Rightful Citizens. And yet the news media, is backing this… “Degradation of American Freedoms”.
Irresponsible reporting and… a politically correct bias, has eroded our American Freedoms so that the average citizen… is no longer concerned. The Blood of our History for Our Freedoms… has become forgotten! We no longer hold our Freedoms as… ‘Something Precious’ …but as common dirt. We have ours… and forget You!
Anything Goes… so long as it is covered under… “Personal Rights!” Foreigners may come into our Country and drain our National and Personal Resources. In Japan a USA Citizen cannot own Japanese land. Yet the Japanese, Chinese and many foreigners… “Own America!” We have ‘sold out’ our nation, as Judas did to "Christ" for… “Thirty Pieces of Silver!
http://www.youtube.com/watch?v=bLJxmJZXgNI
All this Parallels… The Nation Israel during their retreat from following the Word of God throughout the Old Testament. So America was once called the Nation of God. We used to trust in God and hold His Word in Authority. I can remember in High School, the reading of the Bible and public prayer every morning.
Now in Public Schools… we have traded our “American Heritage of God”… for Metal Detectors, Police Officers and the rampant distribution of “Illegal Drugs”, right on the very school ground. “Student Bullying” of other students, Gangs, Sex in the restrooms and even Teachers having sex with their “Minor Students!” All this has replaced God in the Schools and in Life and it is Called… “Freedom?” …”Absolutely NOT!”
You may say… “I don’t believe things are really that bad?” I can only respond, “Where have you been, Hiding?” When ‘Goodness’ goes away from the very basic fabric of society and the family unit… what else can one expect? It is going to get worse… Not Better!
(2Chronicles 7:13-14) If I shut up the heavens, = and there is no rain, = or if I command the locusts to devour the land, = or if I send a plague = among My people;
(2Chron 7:14) if = My people, = who are called by = My name, = shall humble themselves = and = pray, = and = seek My face, = and = turn from their wicked ways, = then = I will = hear from Heaven = and = will forgive their sin = and = will heal their land.