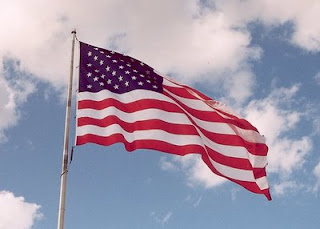 “Independence Day – 101”
This July 4th… here in America we celebrate our freedom as a republic formed in democracy. Our nation has been so blessed by God that most want to come and live here. We have freedoms that are ‘Not Available’… in most other countries.
Our Constitution assures… “Life, Liberty and the Pursuit of Happiness!” Yet there is in this land of freedoms and blessings… “Those that are NOT afforded such Protection!” How could that be? How could such a nation… “Deny such rights”… to anyone here? May I share?
http://www.youtube.com/watch?v=wOR1wUqvJS4
The group NOT… included or extended these, ‘rights and freedoms’, are the… “Unborn Child!” Here in America, we have already… “Murdered over ’35,000,000 – Million Unborn Babies, in their Mother’s Womb!” They have been “Destroyed” and have been thrown away as refuge. Why have not the rest of us… “Spoken Out”… in defense of these… “Unborn Babies?”
On the Average… One Million babies are Murdered each 'YEAR'... in their mother’s womb… in the name of what? “Convenience?” = “Irresponsibility?” = Or What… "Stupidity?"
There is a fetish… to save stray animals, whales, seals, polar bears… ‘Everywhere!’ But here in America, this land of “Blessings and Freedoms”… we as a nation, “Kill our Unborn Children!” And we celebrate our freedom as a nation, not having a single thought about the… “Unborn Child!”
What is wrong… with that picture? What is wrong with, “A Peoples and a Nation” that would destroy its population of heritage? We a nation once founded on the Judeo Christian Ethic, have so departed from such beginnings, that we have closed our eyes and hearts… “To the Unborn Child!” I speak this… to the Shame of My Nation, The United States of America!
(Acts 17:30-31) Truly, then, = God overlooking = the times of ignorance, = now = He strictly commands = all men = everywhere = to repent,
(Acts 17:31) Because = He = has appointed = a day = in which = He is going = to judge = the world in righteousness = by a Man = Whom He appointed, = having given proof = to all = by raising Him [Jesus] = from the dead.

As You enjoy… this Independence Day Holiday, perhaps you will began to rethink the… ‘Missing Freedoms and Rights’… of the “Unborn Baby!” It is my hope, that you will and that now, you will begin to speak out for the… Unborn Baby WHO will be Murdered in its mother’s Womb!