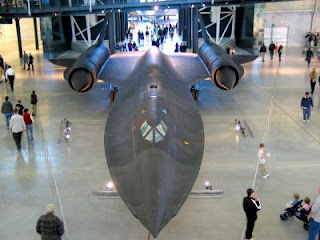 “The Word of God – 501”…Blog. Part: 'FIVE'
Who is this God… the God of the Bible that I speak about in these Blogs? He is the Only GOD… and He created “All”. In His creation of mankind… His own creation rebelled against Him. He sent the World Wide Flood of Noah… to destroy mankind off the face of the earth. Only 8 were saved and started again.
He God… has revealed Himself through His creation. He has also revealed Himself in His Word, called… the Law of God = equal to = The Word of God. Only ‘Those’… of every nation, every peoples and every were… who are seeking Him… will find Him. Once I had someone say to me… what about the Heathen in the darkest part of the civilized world…?
(Psalms 98:2-3) Jehovah God = has made known = His salvation; = His righteousness = He has unveiled = to the eyes of the nations.
(Psalms 98:3) He has remembered = His mercy and His Truth = toward the house of Israel; = all the ends of the earth = have seen the salvation of Jehovah God.

(Romans 1:18-to-22) For God's wrath = is being revealed from heaven = against all the ungodliness and wickedness = of those who = in their wickedness = suppress the Truth.
(Rom 1:19) For what can be known = about God = is plain to them, = because = God Himself = has made it plain = to them.
(Rom 1:20) For since the creation of the world = His invisible attributes = His eternal power = and divine nature = have been understood and observed = by what He made, = so that people = are without excuse.
(Rom 1:21) For although = they knew God, = they neither glorified Him as God = nor gave thanks to Him. = Instead, = their thoughts turned to worthless things, = and their ignorant hearts = were darkened.
(Rom 1:22) Though claiming to be wise, = they became fools.

Now which of you… will tell me that you never knew about God…? The evolutionists often claim that man evolved. Just a theory… but they won’t admit that. Complexity cannot come from non-complexity. My Pentium 2 computer did not… “Evolve”… into a Pentium 5…! Just tell those people at… ‘Intel or IBM’… that the computer… just evolved… On Its Own…! …LOL!

How important does God… hold His Word to Be? As I have stated before… Mankind needs a savior… Who God has provided in the… “God Man = Christ Jesus!” Do you know what the word “Christ” means? It means… “Messiah = The Anointed One!” But to do what…? Surely you have heard of the Jewish Feast of the… Passover? That is simply a… “Word Picture”… of the Redeemer… “Christ Jesus”.

Did you ever… see that verse in that Context? God reveals Himself and His plans for mankind through His Word. I often like to use this verse… when teaching elementary kids Sunday School… where they can find out about… “God”. Perhaps some adults could use this lesson too…?

(1Samuel 3:21) And Jehovah appeared again in Shiloh. = For Jehovah God = revealed Himself = to Samuel = in Shiloh = by = the Word of Jehovah God.

Pretty Simple… once you know the Key! God uses… His Word = His Law… to reveal Himself and His plans for mankind. Well you may say… that Old Testament… was just for the Jews. Do you really believe that? You mean the “10-commandments”… were just for the Jews? Where do you think society got those universal Truths? You shall not… Murder, Adultery, Steal or Lie… are not for Everyone… and Only for the Jews…? …NOT!

To know about God… and His Word and His Law… one must know about His Name? Well I thought His Name is God? That is only one of the English Translations. His Name… reveals His Character. Only then can we… begin to realize… Who God really is!

There are other… “Names of God”… throughout the Scriptures. These are just a few to whet your appetite and get you studying on your own. We can see through this partial list… that the Nature of God… is displayed… through His Name. We use names to convey… “Charter and Achievements”… of those humans we hold in esteem. [.i.e.] Abraham Lincoln… Etc. But… what does God say about… “His Word”… in relation to… “His Names”…?

(Psalms 138:2) I will worship toward = Your holy temple, = and = praise Your Name = for Your loving-kindness = and = for Your Truth's sake; = for = You = = have magnified = = Your Word = = above all = = Your Name.
The Word of God… must be pretty important because God has set His Word… above His Name! God’s Nature and Attributes are revealed in His Word. Yes… The Law of God… The Word of God… is what is Truth! “Nothing More… Nothing Less!” In all the knowledge about God that you have heard… from the religious… have you ever… been told this…? God holds His Word… above His Name…! God’s handbook for mankind… is there for you!

Those that reject… “The Word of God… The Bible”… do so to their own harm. God wants us to Love Him… out of what He has done for us. It is your… “Free Will”… that He has given you, that allows you to make that… “Choice!” Yes, even the Jews to whom was given the Law and the Covenants looked forward towards that day that the Messiah would come… for Both the Jew and the Gentile [Nations]… with Salvation.

God’s people… the ‘Jews’ were to be a witness for… Him! They failed even to recognize that Christ… was the Promised Redeemer. The Gentiles were given… “The Gospel = the Good News of Salvation through… “Christ Jesus”… by faith in His finished work… on the Cross and His Resurrection from the Dead. He triumphed over the grave and death… to bring Eternal Life to all that would accept Him… on ‘His Terms’ and not on the Law given to Israel.

This belief in His Finished Work… was payment for… all sin for all time and eternity… Only on His Terms. But you may say… what are His Terms. I thought all I had to do… was to believe in Jesus? A coin has two sides. That belief in Christ Jesus is only one side. Why did Christ Jesus have to die? Can you answer that? Mankind… had Violated the Law of God! In violation of one law… All… are guilty of All The Law.

Due to the Just Nature of God… He requires a sacrifice of Life. The first word picture was that of a Lamb. Most know about Adam and Eve and their Sons… “Cain & Able.” Able brought a Lamb and Cain brought… his own works. So it is today, the same… “Word Picture”… is displayed in those that… think they are good enough for heaven… “By Their Own Works!”

That particular word… “Iniquities” simply means… “Lawlessness!” Our self righteousness and our lawlessness… have been accounted to us. There is nothing we can do… but to though ourselves… On the Mercy of God… in that Finished Work of Christ Jesus… The Passover Lamb… that was “Sacrificed”… For Us!

Please allow me… to ask You… “Does this sound like… ‘Just Believe in Jesus’… or… Not?” “All the Things… written in the Law of Moses, and Prophets and Psalms… “Had to be Fulfilled!” This is the Gospel… that “You & I”… have broken God’s Law = God’s Word… and He God… has provided Christ [Messiah Jesus = The Passover Sacrifice] for Our “Sin/Sins”… in the Death, Burial and Resurrection… from the Dead… for Our Justification to God! “Paid in Full!”

The True Gospel… has been so watered down… that many have been led to a… ‘False hope of Heaven!’ Their lives have not changed though… “Repentance!” They have no knowledge of what is sin and what is not! They have ‘NO Hunger’… for the Spiritual Truth of the Word of God… the Bible! They seldom read let alone… “Obey the Word of God!” Say it isn’t So?

How many Christians… have read or seen Harry Potter… forbidden by… “Deuteronomy 18:10-to-13? How many Christians have Divorced & Remarried in violation of Mark 10:11-12? Need I go on? I do not accuse or excuse ANY… I simply share with You… What God has said in His Word = His Law = The Bible…!
The Love of God… is simply revealed in Your Obedience... to Him and His Word… The Bible!