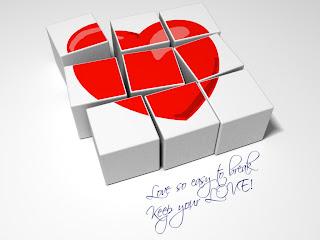 “No Satisfaction – 101”…Blog.
What is the… first thing that comes into your mind when you read the title of this Blog? Perhaps it is the name of that Rolling Stones song… “[I can’t get No]… Satisfaction.” Perhaps it is even a purchase you made and the product failed and they will not ‘honor the warranty’. Perhaps it is even your mate or domestic partner. Only ‘You’, know the Answer!
http://www.youtube.com/watch?v=uNWhGXwMrEM
Schooling and Educational Satisfaction… seems to have a generation of ‘Over Educated’ people working ‘Over Qualified’ positions. Even the Elementary education system “Pushes” the unqualified student ahead with the… “No Child left Behind Program!” When I went to school, there were always those that had to repeat a grade. Now, they drag down the ‘Entire Student Body Mentality’ and lower the “scholastic” average in the guise of… Political Correctness… to the harm of… “Us All”.
http://en.wikipedia.org/wiki/Education_in_the_United_States
Job Satisfaction… seems to be at an all time low. The ‘downsizing’ of companies and the reorganization of others; have left many doing too much with too little. One friend was doing the work of five when they finally closed their doors. Still others, are barely existing in their employment positions not knowing ‘when’ the doors of their employer are closing.
We the ‘Unwilling’… being led by the ‘Unknowing’… have been doing ‘So Much’… with ‘So Little’… for “So Long’… that we are “NOW”… going to attempt… “The Impossible”… with absolutely… “Nothing!”… To the ‘Satisfaction’ of… “None!”
Home Entertainment Satisfaction… has moved ‘many’ to think that they need the… Latest & Greatest Wide Screen Plasma Video device. Still others have gone to a Video Projector with the latest Blue Ray devices attached for the Maximum viewing pleasure. What they don’t realize is the declining moral quality of the Videos that they are watching.
Vacation Satisfaction… has moved into the realm of a… “Sta-cation!” That is simply staying in your state or area instead of going somewhere else. The airlines and hotel sites are offering ‘bonuses’ such as free stays or a gift card. I continually get emails from the airlines where I have a ‘Frequent Flyer’ accounts, offering fantastic deals. I am…Flying less and enjoying it less!
Family Satisfaction… seems to be declining. Many of the adults that have graduated from college have move back home. Many of the Men, who ‘should have’ married and started their own families, find it too easy to move in with their parents. New families are becoming less and less. Children that used to have Goals… have relaxed into a generation of… “DN-GN”. Do Nothing, Goes Nowhere.
The Satisfaction of ‘the Few’ out ways… the Satisfaction of ‘the Many’… seems to be what our nation is experiencing. The massive Government Monitory Bail Outs… have preserved the positions of many of the Elite. These “Few”…should have been Prosecuted for Criminal Acts! Instead they are given “Golden Parachutes” and retired. Investment stealing and bad loan practices have bankrupted our national finances and harmed out nation and its people.
Marriage Satisfaction… has been dissolved with the Many Divorces and remarriages into Adultery. Remember those “Wedding Vows”… to Love and Honor, For Better or Worse, In Sickness and in health, till… “Death do us Part?” These words are NOT even said in weddings anymore. Many weddings have been moved to Outside… instead of a Church. No Satisfaction!
Normal Sexual Satisfaction… too seems to be declining. One cannot turn on the TV or Video without seeing, “Unmarried Sex.” Well, I still believe that SEX, is to be saved for “Marriage”… and not for convenience, as some dog would. Why else would Hollywood portray such Sexual Perversion as… “HOMOSEXUALITY”… and expect the public to think it normal when it is… “Really Deviant!”
Say it isn’t so…? The normal marriage sexual relations of a “Loving and dedicated” husband and wife are made fun of. Cheating and Adulterous affairs and marriages are seen now as… Normal? Not! Starting with President Kennedy and his extra marital affairs to President Clinton and Monica Lewinsky have simply ‘dulled’ the public’s… “Moral Agenda”… of what is…“Right & Wrong!”
Why the Pornography… and the “Crimes against Children?” Why have public school teachers having… ‘Sex with Minors?” Why the Child Rape? Why the Sex with animals? Why all the Sexual Perversion and Deviance? Satisfaction? “NOT!”
(Romans 1:22-to-32) Though = claiming to be wise, = they became fools
(Rom 1:23) and exchanged = the glory of the immortal God = for images that looked like = mortal human beings, = birds, four-footed animals, = and reptiles.
(Rom 1:24) For this reason, = God = gave them over = to impurity = to follow = the lusts of their hearts = and = to dishonor = their bodies = with one another.
(Rom 1:25) They exchanged = God's Truth = for a Lie = and = worshipped and served = the creation = rather than the Creator, =Who is blessed forever. Amen.
(Rom 1:26) For this reason, = God = gave them over = to degrading passions. = Even their = females = exchanged their = natural sexual function = for one = that is unnatural.
(Rom 1:27) In the same way, = their males =also abandoned = the natural sexual function of females = and = burned with lust = for one another. = Males committed = indecent acts = with males, = and received = in themselves = the appropriate penalty = for their perversion.
(Rom 1:28) Furthermore, = because = they did not think it worthwhile = to retain = the full knowledge of God, = God = gave them over = to degraded minds = to perform acts = that should not be done.
(Rom 1:29) They have become = filled = with every kind of wickedness, evil, greed, and depravity. They are full of envy, murder, quarreling, deceit, and viciousness. They are gossips,
(Rom 1:30) slanderers, = God-haters, =haughty, arrogant, boastful, inventors of evil, disobedient to their parents,
(Rom 1:31) foolish, faithless, heartless, ruthless.
(Rom 1:32) Although they know = God's = just requirement = that those who = practice such things = deserve to die-they = not only = do these things = but even = applaud others = who practice them.