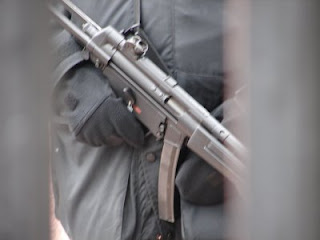 “Dangerous – 101”…Blog.
Are You Dangerous…? What could I possibly mean by asking you that question! It is to gender your thought process. “How or What”, do you consider dangerous? “IDHL”… is a term used in the Safety arena and it means… “Immediately Dangerous to Health & Life!” Take a few moments and simply come up with a mental list of… ‘Persons or things’… that are “Dangerous”.
How about… “Forest Gump?” Do you remember… “Stupid is, as Stupid Does?
Each one of us… has a mental list of what is Dangerous. So do others, who are afraid of us. My favorite Bumper Sticker reads… “I Think… therefore I am Dangerous!” Many, who do not even choose to think… will see no humor in such a sign. Thinking takes much mental effort. It is so much easier… to be a ‘Jelly Fish!’
I shop for vegetables… often times from the road side stands. Their prices are about half of the Grocery stores. But how safe is their produce? In reality all produce is routed though distribution wholesale sellers. It is bought and then sold, by each. Same produce, same supplier, but individual sellers. I always wash all produce, with ‘anti-bacterial’ dish washing soap and ‘rinse thoroughly’. Is that practice safe or dangerous… and do you wash… your Produce?
How about the… ‘Drunk Driver’? Surely ‘he or she’… is dangerous to all of us. Or the terrorists that attacked the Twin Towers in New York on… “9-11”. Or, that criminal who was apprehended for Stalking or even that… “Child Pornographer!’ How about one of those… desperate people… that jumps to commit Suicide? Are these considered Dangerous people?
Many of us… are unknowingly fed a “Diet of Lies”… through the News Media. Recently in California their school board passed a referendum based on ‘Political Correctness’ rather than ‘Reason’. Teaching 5-year olds about… ‘Same Sex Unions’… is not only Insane but “Morally Corrupt.” Parents who did not want their children taught such thing… we ‘not’ given an option as the teaching was mandatory! That is Dangerous! Very Dangerous!
How about… releasing the “Terrorist Political Detainees”… from Guantanamo, does not even make common sense. To Think… that they will ‘not repeat’ such actions, is very dangerous thinking! I would even go so far as to say… “Non-Thinking!” Is there a danger of repeat actions?
About now… some would say, that does not concern me! Since when is “the good of the whole”… Not the responsibility of… “All of Us?” We are all in this problem which will not go away without some real… “Thinking and Solutions!” To not be concerned and take some kind of action… is simply… ‘Dangerous!’ Simply write or call your congressman today!
Recently I was… on my ‘Facebook’ page. I always get invites to sign some “petition” for this or that cause. ‘Right to keep… in God we trust… on our money’. ‘The right to keep and bear arms’. ‘The right of free speech.’ ‘The right for beer for my horses!’ …LOL! [Just Joking!] When we have Laws and our ‘National Constitution and Bill of Rights’… why sign a petition? Is that dangerous or not? I always decline and explain my reasons!
How dangerous are… Lies? When our country elects a President offering… “Change”… but does not define… what kind of Change… is that dangerous or not? Notre Dame Catholic College recently awarded the president an ‘honorary degree.’ The Catholics are against Abortion, but the president supports abortion, “Is that Dangerous… or Not?” Yes, it is very dangerous.
http://www.youtube.com/watch?v=wOR1wUqvJS4
The very next time… you hear someone speak about the… “Mother’ Right for Abortion”… simply ask yourself… “What about the Unborn Babies, Right to Live?” How can we take the rights away from an ‘unborn baby’… and allow the mother to… “Murder her unborn baby?” Is that dangerous or not?
Do you understand… that ‘IF’, we do not… “Mentally Reject such Ideas”… ‘THEN’, we then take a ‘Mental Acceptance’, of such thinking! Just like the computer concept of data input, ‘GI-GO’… “Garbage In… Garage Out!” What we allow into our thinking… “Takes Residency!” Is that dangerous… or not?
Advertizing on TV… uses this concept. I will often see the same advertisement on… two different stations… at the same time. Repeated ideas will cause… the non-thinker… to respond to their… “Mental Training from the Advertisements!” One must mentally reject those words, not to get brainwashed. Is that dangerous or not?
Me getting you… to think about… ‘Dangerous or Not’… simply uses the same Technique. And yes… “I think, therefore I am Dangerous!” So too, I want you… “To Think!” Just don’t take what they say as Truth. Now once again… “Is that Dangerous or Not?”
· (1Thessalonians 5:21) Instead, = test everything. = Hold on to what is good,