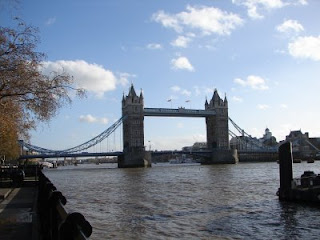 Wow, that is ‘Great’… But, suppose I take $5 and go to one of these ‘beggars’ on the street corner. You know the ones with those sings, ‘will work for food’. Then ask him… IF… he will confess to those above Bible verses. THEN… he takes the $5 and says he confesses that… “Jesus is Lord”… will that make it so? Absolutely Not! He only wanted the… $5. His life… never changes… only his words, ‘temporarily’.

HOW Could this Be...? Jacob and Esau were… ‘Twin-Brothers?’ Both had what we would call Loving Parents, an unbroken home, enough of life things so that they were not destitute and yet… ONE… Found Favor with GOD… and… ONE… Rejected GOD.

The GOD of the Bible… Reveals Himself… “Both through nature in His creation”… and… “In His Righteousness”… by the Law of GOD… in His Word… “The Bible.” Some references are… Psalms 19, Psalms 98:2… and All of Romans Chapter One! And… ‘In and Throughout’… “His Word – The Bible”.

If mankind does not… accept the witness of God through His Creation, then they simply believe the… “Lie of Evolution”! They simply substitute the thoughts of man… for those of God as in Romans chapter one. They will “NOT”… Surely then believe the Bible… or even… the testimony of… Others as to the Grace of God… “In Forgiveness!”

Have you ever… been caught in a… “Radar Speed Trap?” Or seen someone else, ‘Pulled Over?’ Did you maintain your Same Speed… or… Did you Slow Dows… IF Only for a little distance? So it was right after… “The ‘9-11’ Terrorist attack on the ‘Twin Towers’ in New York”! Churches were flooded with people… supposedly seeking “God”. Where are all those people… “Now?”

Of course Most… will often deceive ourselves into believing that… “We are getting away with Something?” Something Simple Like… “A Lie, A Steal, A Pretense that we are Someone that we are NOT”. The List… goes on and on, and yet… ‘Each’ of us… knows these… “Truths and Lies”… that we daily Practice… without any thought of GOD.” Simply see that… “No One”… gets away with… ‘Anything’! As ‘YOU’ Plant… So ‘YOU’… Will Harvest!

The “Real YOU”… is the one on the inside… not the one… “On The ‘Outside”! “GOD Knows the… Real US!” With all “HIS Perfections”… and all “OUR Imperfections”… He has offered to us… “Salvation through the Finished Work of Christ”! ‘Most’… have rejected… “His Gift” to us, as did Esau. Many today are just like him. Even repentance did not help Esau.

Justifiably there are… “Many”… that simply, ‘Know about God’. They have rejected… “God’s Love, Mercy and Grace”! Would you or could you say they “Love God?” Or do they by their actions… ‘Hate God’? Is their lifestyle and their actions representative of someone that “Loves God”… As God Loves Them? Or rather… have they rejected God… to their own harm?

When you say… “God Loves Everybody”… does that mean… “Those like Esau”… that have rejected the… “The Love, the grace and the mercy of God”? Esau sinned away his day of grace, so do those that reject God. How then can you say that… “God Loves Them” Just because they live here in America, ‘One Nation under God’? Absolutely Not! We as a people… “Not Under God”!

How can a nation… who says they are, ‘Under God’…. “Permit the Murder… of Innocent Babies in their Mother’s Womb”? Will you tell me… that “God Loves those People?” IF you do, then you do not know your… Bible! But I will qualify this statement. “I know personally of a nurse that ran an abortion clinic that came to Christ Jesus for Salvation”, by the Grace of God!

Will you still… tell me that God… Loves those that have… “Rejected Him… and His provision… for Sin/Sins”? Surely as Esau, they too have rejected God and His Love. Do you still need more convincing? I will post some verses below. Please answer me… “Does God Love These = People”?

There are hundreds… of other Bible verses that speak of… such ones… that through the rejection of… ‘The Truth’… have become… “As Esau”! What does the… “Word of God”… have to say to them? Is there a warning to them… that have yet to reject… God and His Word?

When People Say… “God Loves Everyone”… they do so simply because they do not fully understand… “The Righteousness of God”… Nor… “His Love and Hatred of Sin” He, God has sent His Son… “To Pay for All Sin”… and yet… ‘Most of Mankind.… have rejected… “His Love and His Word?! They have… “No Fear of God”… because of those… that keep on telling… Them… “God is Love!”

They reason in their minds… “If God can still Love Me… and I am living like this… then God must be… allowing me to live like this”. Never does the person sharing… “God’s Love”… Tell the Hearer… “God will Judge you… for the Sins you… Continue To Commit!”

How then is… the sinner to realize their sin and repent? This is the scourge of America. We have… “Only A Cultural Christianity!” Our nation and peoples… Do Not Practice… their Faith. Why? Simply because it is a faith based on… “A God”… who they wrongly believe loves them in their… sinful practices. ‘Once Again’… “How Many”… That went to church during “9-11”… “Still Attend?”

I would compare this… “Incomplete ‘Understanding and Presentation’ of the Gospel”… to something like this. You go to your doctor. He dose many tests on you and tells you that you have a virus. Your cold is caused by this virus. Yet he… “Does Not Tell YOU”… that you have … ‘another virus’. This virus is called… “Cancer!” It will kill you. He hides it… from you!

That is simply why… so many say they believe in Jesus and ‘live like’… they do not know Him! Perhaps… if each and every one of us… would know and study… “The Word of God Daily”… then we would understand what we know… and preach. [2Timothy 4:1-to-5]

Salvation for all mankind… can be an analogy of a bank account. God has written a check for you, each and every one of you… “In Payment for your “Sin/Sins”… past, present and future”. You think within yourself, “Well someday I will get around and cash this check.” You do so because, you like how you are living… and… “There appear to be ‘no immediate’ consequences!”

As each one… Continues… “To Reject God and His Word”… they plant a field… that they will Harvest!” Did you notice the order of the… “Sins”… in this list? The first, “Fearful and Unbelieving” and the list ends with… “All Liars!” …What a Sandwich!

Does God Love… these who will spend eternity in the ‘Lake of Fire’? Simply He has spoken already. I will simply ask you again. “When you present… “The Love of God”… do you give a ‘Balanced Presentation’… of that “Love of God”… “With the Judgment of God”… that will be to “ALL”… those that… “Reject His Love in Christ Jesus”… and… “Reject His Word?”