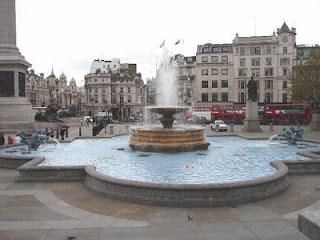 WOW! How could… any woman be that ‘Fantastic’? Did you notice that there is… ‘Nothing’… in all of “Proverbs 31”… about her physical attributes? It does strictly address her… “Inner Beauty Attributes of Character.” This particular chapter is really a compilation of all the positive attributes of… ‘A Perfect Woman’. One could even call her… “Wonder Woman!” …LOL!

Just Last week… I had on the TV and was surfing. The ‘Home Shopping Channel’, which is located in my area of Clearwater, Florida, had on a program of… ‘Jewelry for Mothers Day’. Yes, they had Rubies, rings, earrings and necklaces. We here in this technological age, think nothing of buying a Ruby. But in or about… 1,000 BC… things were not so simple.

Her value is… far above Rubies. This equates to… “A Virtuous Woman”… As Priceless. WOW! How many Mothers are raising their daughters to be that kind of woman, today? Did you note, that the… “Heart of her husband”… safely trusts in her. In today’s society, just the opposite seems to be in play. Never the less… her husband is far richer… for having such a woman as his wife and the mother of his children.

The KEY is simply her… “Life Long Agenda”. Yesterday I spoke about… ‘Wedding Vows’. Do you realize… that this woman… meant what she said and… then lived it out? All the days of her life! WOW! IF any may had such a woman… today, he would simply be the… ‘Richest Man Alive!’ Can you think of any woman in present or past history today like her? I can, may I share?

How about Lady Di…? The people loved her, for she had that… ‘Inner Beauty & Character’… not readily found today. She was a cut above in character… and the royals hated her for that. Wow! Forced out by the unprincipled royalty, she was pushed away by them… ‘Although severely loved by the Commoner’. I cry when I think of what they did to her.

Motherhood is by far… a hard balance for any woman. But they were designed for it, by keeping their priorities in order. What does that mean? The family unit is formed when a man marries a woman. Some become Mothers right away, some later, and still some, Never.

It is the plan… of God to continue the human race this way. And yet, He has ‘shut the womb’ of some as He has shown in His Word. Again He has opened the womb. Remember our human plans… are not always… ‘God’s plans for us’. Many who cannot have children, have adopted children. Still further some have remained childless their whole lives. Why? Only God knows.

Still there are Other ‘Mothers’… that have ‘thousands’ of children and are not ‘biological mothers’. What do I mean? How about…“Mother Teresa”? Really, she was a mother to thousands of orphans in India. The outcasts were her children. She was a mother in a sense far beyond that… of mortal mothers.

How about that… for an outlook of Motherhood? Perhaps now that I have addressed those two examples, I should in fairness address some of the problems. Most couples marry and then have children. Mothers take preference in most of life. Sometimes unfairly to ‘the man’. Say it isn’t so? The legal system often will take the accusation of a woman, especially a mother, without any evidence. I have a friend, who is married to a Lawyer and the trouble he has… may never be resolved. Guilty by accusation and not by fact!

The Mother must… to save her family, prioritize her life. The husband and the wife, must maintain their… ‘Critical Relationship’… even, when the children come. Failure to do this, has been the result of the failure, of many marriages. When the child comes along, the Mother’s priorities often are towards the children, leaving the husband lacking in vital areas. Many women do not know how to effectively deal with this.

Something as simple as… “Your mother and I”… were here before you came and we will be here after you leave. The transitory nature of children leaving the nest concept could save many a marriage. Most mothers, will not think about that fact through completely to their own harm. They allow, their emotions to cloud their thinking. Really, I believe that it is the… “Chocolate” …LOL!

Now a day with… all the financial devastation of our country, many children choose not to leave home. Still some are returning in droves, upsetting the households. The Mothers find themselves in a… new roll. Still the primary relationship… needs work… by both the Husband and the Wife. “IF”… that is not the primary relationship… in the Family Unit… “THEN”… Motherhood Fails… to fulfill the… Agenda of… “These two… shall become one flesh”… Matthew 19:5-6

Right away some… will say to me… ‘I thought that Christ Jesus’… was to be the primary relationship? Well yes you already know that… and that is understood by most. The Spiritual Life… or… lack thereof… will make or break any household and especially… “Motherhood”. The Mother has to be in touch with GOD through His Word. She THEN, can only teach obedience… when she herself is… “Obedient to God and His Word”.

Here is the Pattern of Life… “Under Authority”! How many times have you heard a child say, ‘but why do I have to’? And the parent answered… “Because I said So!” See how simple this concept is. “Under Authority”.

Christ Jesus healed… this soldier’s servant who was sick. He was a Roman, gentile and yet Christ Jesus said… “I have not found such faith, no, not in All Israel” In all his Jewish People, that had the law, the precepts, the ordinances… of God… and Yet… “Knew Nothing about… “Being Under Authority!”

Even Christ Jesus… was under the Authority of God. “Motherhood”… is that simple ‘word picture’. That authority goes From… “GOD”… to the Father, the Husband, to the Wife, the Mother and to the Children. Without that Structure of Authority… the family unit is no better than… “Jell-O”.

Wow, have you… ever seen those verses before? How do you think that applies to… ‘Mothers and Faith’. It is as simple as… “Under Authority”! That will not sit well… with many that read this. Many Americans will have their… Own Way… regardless of what “Jesus Says”! Why do you think our nation has so many problems? No One… wants to be ‘under authority’… “You aren’t the boss of me now!”

How about it… are “Mothers” demonstrating being under authority? How about their children, do they see this… modeled in the home? Simply remember this important principle… “ Has our society ‘so muddled’ the lines of authority… that we can no longer say… who is really in authority? “You aren’t the boss of Me…Now!” How then can our society survive?

This does not… sound like today’s family structure either. Surely that is why there are so many problems which are escalating. Now before, you go off on a tangent and shut me down… I will address “Fathers and Husbands” on… ‘Father’s Day’. “Fair Enough”?

What Parents… ‘Allow in moderation’… the Children will… “Practice… In Excess”!

Thank you for Your EAR! Roger //Email// roger459@yahoo.com