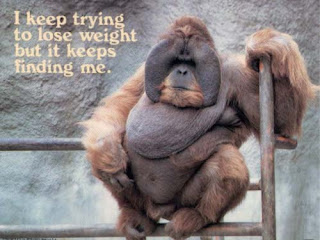 “Racism – 101”…Blog.
Each one of you… are “Racist!” Say it isn’t so? Why then… is there so very much… ‘Hair Coloring’… sold? You are not happy with the ‘Racist’ color of your hair… so you change it! …LOL! Perhaps I could go on from here and show how very ‘Racist’… we all are! You see this term is often used by those not understanding this subject, without any… “Cognitive Skills.”
Here is a… video from YouTube. Suppose I call you a ‘Racist’… if you did not like… “this group?” What then would you think about me? Would you call me… “A Racist” or “A Bigot?” Please see this video and tell me what You think? …LOL!
http://www.youtube.com/watch?v=qY3FXjvyp88
This morning I… went to YouTube for a song for one of my Blog sites. I read about the term… ‘Racist’… thrown about in a ‘disparaging way’. Why would someone call another a ‘Racist?’ It is because… ‘MOST’… have not though this issue through… ‘Thoroughly!’
During the past election… I was plummeted with false, ‘Racist’ accusations for posting the Obama YouTube videos about what he said. I simply revealed the agenda of the candidate as by his own words. “How or Why”… then could I be called a racist? “The Truth”… will only affect those that have… ‘Lies as their Agenda!’
http://www.youtube.com/watch?v=BtMeroU9_AE
How can one… call another a ‘Racist’ without knowing what race they are? I was repeatedly called a ‘Racist’, by someone… not knowing my race. Since I have not identified my race, and President Obama is… “Half Black & Half White”… what kind of racist am I…? Am I a ‘Black Racist’ or a ‘White Racist?’ …LOL!
See how silly… this term ‘Racist’ becomes. It is use by those claiming… ‘Political Correctness!’ But whose ‘PC’, their or yours? We all like someone because of their Race and Racial Characteristics. Say it isn’t so? I liked President Bush and the Republicans agenda. I disliked President Obama and the Democratic Agenda. Does that make me a ‘Racist?’ Absolutely NOT!
Some like them… Tall, some Short! Some like Blonds, Brunettes and some Red Heads. Some Heavy and some Skinny. Some Caucasian, some Negro, some Indian and some Asian or some Mixed. All these are Characteristics of… “Race!” Many pretend to identify with a particular group. I am just plain white toast! …LOL!
How about “Real Racism”…? Do you have any idea what I am alluring to? Why do so many hate the Jews? They are one of the smallest minority groups and yet most of the world is fighting over Jerusalem. That is ‘Racism’ at its fullest. But there is a ‘Spiritual Reason’… behind the Racism towards the Jew!
"Christ Jesus" is… 'A Jew'! Most peoples… “Do Not”… want to Him to be Savior in their Lives! How about You? He puts it on the line… in His Word… The Bible! There is No Compromise with His Word… as it is Absolute. Most hate Him… because… they Love their “Sin / Sins”.
· (John 3:18-19-20) He = who believes on Him = is not condemned, = but he = who does not believe = = is condemned already, = because = he has not believed = in the Name = of the only-begotten = Son of God.
· (John 3:19) And this is the condemnation, = that the Light = has come into the world, = and men = loved darkness = rather than the Light, = = because their deeds were evil.
· (John 3:20) For everyone = who does evil = hates the Light, = and does not come to the Light, = lest his deeds should be exposed.

“Plain & Simple” Racism…! What else would you call it? Christ Jesus paid the penalty for your ‘Sin / Sins’… by dying and raising Himself again from the dead. He has offered you… “Eternal Life”… and you have… “Rejected It”. Say it isn’t so? What kind of person would I be, having Eternal Life and not telling you about it…?

Perhaps today only… is the rest of your life. You and I are not assured about a tomorrow. Death will take us, some young and some old. But it will come and there will be… “No Second Chance!” You either decide to… “Trust Christ:… or… “Not to Trust Christ!” There is No Middle Ground or Neutrality.

· (Isaiah 53:5-6) But He was wounded for our transgressions; He was bruised for our iniquities; the chastisement of our peace was on Him; and with His stripes we ourselves are healed.
· (Isa 53:6) All we like sheep have gone astray; we have turned, each one to his own way; and Jehovah has laid on Him the iniquity of us all.

What more can I say…?

Please feel to email me for more information or with any questions about this.