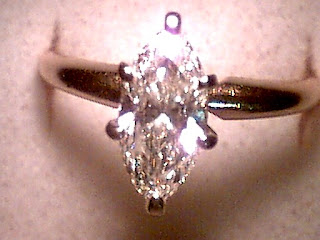 Wow…! How about You? Are you ready to give up your child… to save its life? This True Story is about… Two Different… “Kinds of Mothers!” All Mothers… fall into this kind of Pattern. “How can that be”, you may Say? Are there not Other kinds of Mothers? Sorry, No! May I kindly and simply suggest only Two… “Those that LIE”… and… “Those that… “Tell The TRUTH!”

That is Hard… you may say. Yes it is, but may I ask you… “Is it True?” Yes it is! Not all women are mothers, yet all mothers are women. So these… two categories… are True for all women and all mothers. Again, I am not accusing nor am I accusing, just stating… the facts.
The First Mother… whose child had died, “Outright Lied”! She was even willing for the other child to die, whose was not even hers. “No Feelings”… even for another’s child. No mourning even over her dead child. I would say that she is a… ‘Hard Hearted Woman’… whose heart was not… “Right with God”, nor that of her friend. Her agenda is always… “To Lie”… to her own gain, whatever the cost.

The Child’s Mother… whose child was ‘stolen and alive’, was prepared to… ‘Tell the Truth”… even at the cost of her own child. Her heart was “Right with God”… for “The Truth”… was her agenda. May I simply suggest… “Choosing to tell the Truth”… is always the best agenda, even if it cost you in Life! Things worked out for this woman this time, but it is not always so for all… when you tell… The Truth.

Suffering is a part of Life… yet it seems in today’s society… that you suffer for telling the Truth! Take for instance… Ms California in the Miss USA Pageant. Her belief in the traditional marriage of… “One Man and One Woman”… met with continued scorn and derision in the press. Her answer was Not… ‘Politically Correct’! But her answer… was “True”! Marriage historically and everywhere in this Planet Earth, is and has been… between a man and a woman. Between “Adam & Eve”… Not between… ‘Bill & Frank’.

Telling the Truth… has to be the basis for Any Society. Women and especially Mothers, have a mandate… to always tell the Truth! Lies… especially to their children and extended families will always simply breed… more Liars. Not all women or mothers… will tell the Truth! Self is more important that the Truth… to Very Many, if not… To Most!

“Suppose I have Lied… in the past?” I have had both women and mothers… ask me that question. That is a tough question and has far reaching implications in the… Lives of Many! My response has always been… “Are You willing to Tell The Truth Now”… even though it may cost you personally and financially? To that… “Most”… have even… ‘Refused to Answer’.

There is a cost… in Life. We all will pay that cost… some now and some later. Each time we… “Lie”… we lose a little part of Us. Our ‘heart’ gets just a little harder. Here in Florida last year, 5 teen girls beat up ‘one girl’ and the beating was on YouTube. Even at that young age… their hearts were hardened. How much more so… when and as… they mature into, Adults?

“Not To Decide”… “Is To Decide”! Each and every decision has to be based… on Truth or on Lies! What will it be for You? Will you choose to… Tell The Truth, no matter what the Cost? Or will you choose… To Lie… to your Own… ‘Temporary Gain’ and… “Hardened Heart”?