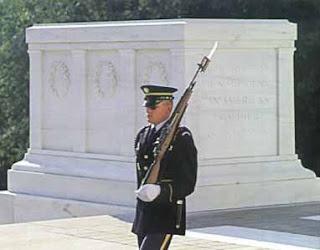 “Memorial Day – 101”…Blog.
Today we here… in America celebrate ‘Memorial Day’ in the memory of not only all the Soldiers that served in the defense of our country… but also those who gave their Lives for the Freedoms we take so very much for granted. Most that have grown up here… have never had… the devastation of war… like those that have lived in other countries, especially Europe.
“All that is necessary for the triumph of evil is that good people do nothing.” = British Statesman, Edmund Burke.
As a Veteran… “I hate War!” Yes, I know that war is a necessary thing, “Sometimes!” If we did not support our Allies; we might all be speaking… “Nazi German!” So too, the spread of communism and especially “Terrorism” means that we must have some… “Limited War!” I still hate war, for what it does to… “The Innocent!
http://en.wikipedia.org/wiki/Bombing_of_Dresden_in_World_War_II
I had thought… that IF all the nations would get together and all agree that IF any nation were to start a war… They should be Totally… “INOLATED!” Does that sound drastic? Imagine if that would stop war? Take for instance. The country of ‘A’ on the continent of “XYZ” was to start war with the country of ‘B’… on the same continent.
Several Selected Nations… such as ‘C’ and ‘D’ would strike… “A”… with their Nuclear Weapons and completely destroy the country of “A”. They would no longer be in any position to start war! The ‘innocent’ and the ‘guilty’… would pay the price… for breaking World Peace! Would that stop war…? …Absolutely Not!
Not even the Horror… of ‘Nuclear war’ will not dissuade, any country from war. India and Pakistan still fight with each other; and each has nuclear weapons. It took “Two” bombs to convince the Japanese. China, North Korea and Iran have nuclear capability. Does that dissuade them from being… in a state of war? …Absolutely Not!
http://en.wikipedia.org/wiki/Atomic_bombing_of_Hiroshima_and_Nagasaki
As I was selecting… photos to use in this blog, I looked at many. One of a fiancé lying on the grave of her dead soldier. I even looked at the ‘Tomb of the Unknown Soldier’ and that of the ‘Arlington National Cemetery’. But the one I selected… is the result of war. It best shows the utter depravity of mankind and his cruelty toward another… during war. See these horrors of War!
http://www.jewishvirtuallibrary.org/jsource/Holocaust/ccphototoc.html
Only when… the horrors of war are prevalent can see those… that suffer due to that war. But still… we have wars. Petty dictators and their unbridled lust for power and identity will always be around. Simply look at the ongoing wars on the… “African or Asian” Continents. They will never end their genocide in the elimination of other peoples with philosophical differences.
http://en.wikipedia.org/wiki/World_wars
When can we… expect to have no more wars? When will the peoples of this earth… all get along? The human kind will not: on their own power…? ‘No Never!’ ‘Someone’… greater than mankind is the only… ‘One’… “Who” will eliminate all war… by “His Power”… Alone!
· (Micah 4:2-3) And many nations shall come and say, = Come and let us go up to = the mountain of Jehovah, = and to the house of the God of Jacob. = And He = will teach us of His ways, = and we will walk in His paths; = for the Law = shall go forth out of Zion, = and the Word of Jehovah = from Jerusalem.
· (Micah 4:3) And = He = shall judge = between many peoples, = and will decide = for strong nations = afar off; = and = they shall beat their swords into plowshares, = and their spears into pruning hooks. = Nation = shall not = lift up a sword = against nation, = And = they shall not still = learn war.

Only when… “Christ Jesus”… rules from Jerusalem… will there be… “World Peace!” No other time thought all of history has mankind been able to have peace on earth. Mankind… “Is not and never will be”… good enough to… find peace within himself… in order to live at Peace! It takes a power greater than himself. That is why ‘ALL’ mankind needs… a Savior!

Thanks for Your EAR! Roger //Email// roger459@yahoo.com